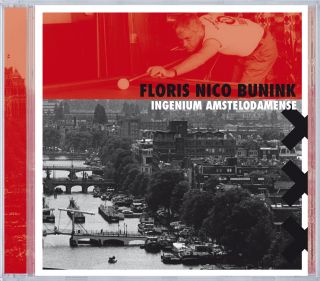 Catalog number: DBCHR 75212
Releasedate: 06-03-06
This is the third CD under Floris Nico Bunink's name on Daybreak, containing all his remaining studio recordings for the label. Floris passed away in December 2001, making Daybreak especially fortunate to have recorded him in 1999 and 2000. For whatever reason, Bunink was given few opportunities to record, although he was amply talented. In 1979, incidentally, he was the pianist on the first Daybreak LP, 'Tell Me...' (now on CD), under the leadership of trombonist Jimmy Knepper; oddly enough that was the first album Bunink had played on that was recorded in his Dutch homeland.

In his notes which follow, pianist Robert Jan Vermeulen, who was pleasantly surprised when I played these recordings for him, makes clear why he also holds Floris in high esteem: "The first time I ran into Nico Bunink, in the mid-1980s, I was pretty amazed. He was talking Dutch with an American accent, and radiated aÊrather American air. To me, he came off like some flamboyant society person. At the time, he had a regular gig at the Pilsery, a cafe in downtown Amsterdam, with Wilbur Little on bass. Nico was presiding from the piano, shouting a loud 'hello' to people coming in. He was usually surrounded by a circle of admirers, jazzfans who loved the whole performance. All that aside, he sounded great! I spent hours listening to him,Êtrying to grasp some of the things he played. He could improvise endlessly on each tune without repeating himself. His music was rooted in the American jazz-piano tradition, withÊ a looser time feel and a different approach to harmony than one heard from other European players of the era. I am really delighted by his playing on this CD, more valuable documentation of one of my earliest heroes, Floris Nico Bunink."