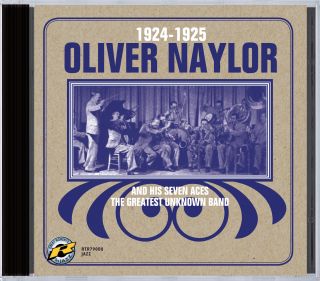 One of the most under-rated bands in early jazz history.
A white band, several of whose members came from New Orleans, this is a classic Dixieland of the early ‘20s.
Largely overlooked by jazz historians and therefore little known to collectors until the original Fountain/Retrieval label issued an LP some years ago which drew favourable attention to this fine group. We are making it available again with the addition of the two splendid larger band titles from Victor and the two titles made by the allied Pinkie’s Birmingham Five. ‘Slowin’ Down Blues’ from Victor was only issued as a British 78 and is a much sought after collector’s item.