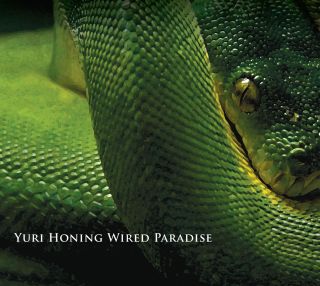 Catalog number: JIM 75228
Releasedate: 01-01-06
After many years of developing and refining a collective voice with the trio, in early 2005 Honing felt the need to redefine his music, drawing on the wealth of accumulated experiences with his group on the one hand, while on the other, searching for a new, yet to be defined musical direction. But while he was clear about the "why," initially the "how" was more elusive. The answer came when he heard the playing of the German guitarist Frank Mšbus. "I needed to hear chords behind my playing again," he said, "Frank's harmonies and his melodic and rhythmic approach seemed just right for me." While Overwater moved to electric bass and Lijbaart uses more square, rock inspired rhythmic patterns, the same communication, musical curiosity and ability to draw on a variety of influences is carried over from their Trio days into Wired Paradise. The result was the evolution of the Yuri Honing Trio into the Yuri Honing Wired Paradise.