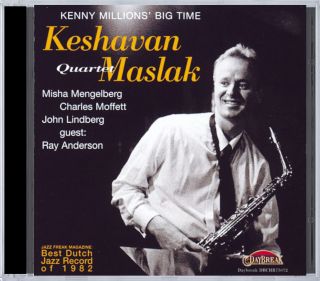 This American born saxophonist of Ukrainian descent lived in the Netherlands for several years around 1980. According to Kevin Whitehead's liner notes, he made a "big dent" in Holland. This is absolutely proven by the Daybreak recording from 1981, which, when released on LP, was chosen as 1982's "Dutch Jazz LP of the Year." For this recording Maslak selected a few renowned sidemen: Dutch pianist Misha Mengelberg, legendary drummer Charles Moffett-who'd played in Ornette Coleman's 1960s trio with bassist David Izenzon-and Izenzon disciple John Lindberg on bass. On one track trombonist Ray Anderson is featured. The CD includes two additional tracks not found on the original LP.