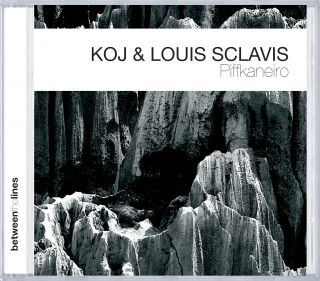 In 2004, the musicians from KOJ set this treasure of a silent movie, “The Wildcat”, to music, having been contracted to do so by the Moods jazz club and the Filmpodium of the city of Zurich. A bittersweet and at times ribald and ironic composition resulted; Lubitsch’s language of images inspires one to conduct character and milieu studies. The musical themes and motifs are intertwined with improvisation and set against one another. Composition and improvisation interlink smoothly and ingeniously. In this, the imaginary city “Piffkaneiro” (Lubitsch placed his film “not far from Piffkaneiro”) serves as stage. It is a bizarre mountain town full of stories and colorful districts with its strange, audacious inhabitants of questionable character, even including some extremely beautiful creatures. For the music, this means that the motifs and themes from the movie appear in a different environment and with new arrangements.

KOJ was able to win over the French clarinetist Louis Sclavis forthe CD recording in 2007, and he will also play with the band infuture concerts. Sclavis has been one of the most activecrystallization points of the French jazz scene since the 80s, isone of the fathers of “Folklore Imaginaire” and has played withnumerous renowned musicians in addition to recording a few of his own remarkable CDs at ECM. Christoph Grab is a professor atZurich Art College and conducts other ensembles, which play jazz but also electronic music and world music. Christian Strässle is involved in numerous projects in connection with theater as well as classical music ensembles. Mathias Gloor has been working many years with experimental jazz/rock bands, but has also made a name for himself as a composer of modern chamber music. Leo Bachmann (he has studied under Bob Stewart, among others) is one of the tuba players most in demand in Switzerland and has been a member of various groups. They all have the fact in common that they are very active in the theater scene in Switzerland and consequently harmonize optimally in this project with their music.