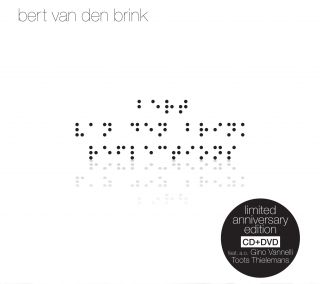 Live recording from early dec. 2007 at 'Porgy & Bess' in Terneuzen (the Netherlands).
Eight strongly blues-influenced  extended (67 minutes overall) pieces, all (except Irving Berlins classic Cheek to Cheek) Bert van den Brink originals. The opening piece 'For Horace' immediately sets the mood: the soul of Horace Silver from his famous trio recordings is unmistakable present, not only in this piece, but throughout the whole CD. At the same time the typical contemporary Van den Brink/Van de Geyn subtle classical rooted poetry elevates the music far above mere epigonism. It is Bert van den Brinks miniaturism in a strongly magnified way.

On the DVD ‘My piano is a mirror’ can be found a documentary about the musical life of Bert van den Brink.


From his childhood Bert van den Brink (1958) has already been improvising on piano and organ. In this field of music Bert is completely self taught. He got his first piano lesson when he was five years old. In 1976 he started his professional classical education at the conservatory of Utrecht,  with Herman Uhlhorn, and graduated cum laude in 1982 with the immediate invitation to take the chair of jazz piano teacher. He gave several classical recitals, but gradually the balance changed more to jazz.He performed with musicians like Toots Thielemans, Chet Baker, Nat Adderly, Benny Golson, Lee Konitz, Jesse van Ruller, Clare Fischer, Enrico Pieranunzi, John Engels, Hein van de Geyn, and many others. In 1990 and 1991 he was the pianist in the quartet of Dee Dee Bridgewater. For some years he was musical director in the band of Denise Jannah. Of his several solo albums, "Jazz at the Pine Hill" (PHCHR 75084) got an Edison Nomination. The first album of the Bert van den Brink Trio (with Hein van de Geyn,bass and Hans van Oosterhout, drums) "Between Us" was released in 2004. With vocalist Thomas Oliemans Bert recorded Franz Schubert’s “Winterreise” . As arranger/producer his works are played by the Metropole orchestra, the Dutch Wood winds Ensemble, Denise Jannah and others.In April 2007 Bert received the VPRO-Boy Edgar Award.