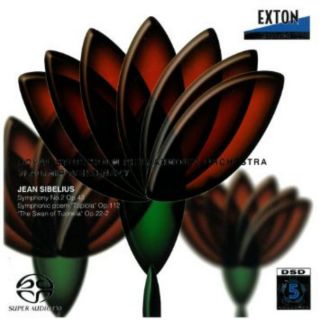 Catalog number: OVCL 292
Releasedate: 29-01-10
The 2nd symphony, the most popular symphony of Sibelius is featured in the third volume of the series. Together with the gems of orchestral works, "Tapiola" and "The Swan of Tuonela", the conductor and orchestra, closely and deeply connected to the composer, bring the musical world depicting the beautiful scenes of nature in the Nordic countries

Baron Axel Carpelan, who gave Sibelius' well-known tone poem Finlandia its name, wrote to the composer shortly after its successful premiere, writing, "You have been sitting at home for quite a while, Mr. Sibelius, it is high time for you to travel. You will spend the late autumn and the winter in Italy, a country where one learns cantabile, balance and harmony, plasticity and symmetry of lines, a country where everything is beautiful – even the ugly.” You remember what Italy meant for Tchaikovsky’s development and for Richard Strauss. Although Baron Carpelan was penniless, he raised sufficient funds for Sibelius to stay in a mountain villa near Rapallo, Italy. Here, Sibelius jotted down the first notes to his second symphony.

After more than a year since the first motifs were penned, the second symphony was premiered by the Helsinki Philharmonic Society on 8 March 1902, with the composer conducting. After three sold out performances, Sibelius made some revisions, and the revised version was given its first performance by Armas Järnefelt on 10 November 1903 in Stockholm. Oskar Merikanto, who attended the premiere, exclaimed that the premiere "exceeded even the highest expectations.”