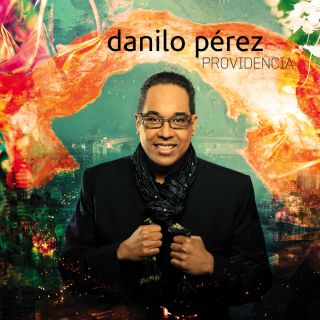 Catalog number: MAC 1052
Releasedate: 03-09-10
This album has been nominated for the Grammy Award of: Best Jazz Instrumental Album!

Fatherhood changes everyone; for pianist/composer Danilo Pérez, the birth of his two young daughters threw down a gauntlet of sorts, a challenge to provide a better world for the girls to grow up in. “What are you doing so we can have a healthy life in the future?” he imagined them asking. “What are you adults leaving us?”

On a practical level, Pérez has been working busily to answer that question both in his native Panama and his adopted home of Boston. His annual Panama Jazz Festival has brought world-renowned musicians to the country for the last seven years, not only to perform but also to work closely with local youth. That mission is carried on yearlong by the Fundación Danilo Pérez, which offers musical and cultural education to disadvantaged young people in Panama City. He also recently co-founded Junglewood, an artistic community in the Panamanian rain forest designed to encourage eco-consciousness. In Boston, he now heads the Berklee Global Jazz Institute, which offers music students an opportunity to explore creativity, advance the social power of music, and connect music with the restoration of ecology and humanity. Providencia, his latest CD and debut on Mack Avenue Records, is an attempt to provide a complementary musical answer to the same question.

“This record is based on the idea that whatever we do has an impact in the universe,” Pérez says. “The word ‘providence,’ for me, means standing up for the future of the next generation of children.”

That may sound like a tall order for any art form to fulfill, but Pérez has an expansive view of music’s power and reach, expressed not only in his goals for the album but in its diverse palette and broad scope.

Providencia crosses streams of jazz, classical and Latin American folk music—which Pérez refers to as “hearing music in three dimensions.” The narrative sweep of the album’s opening track, “Daniela’s Chronicles,” is certainly vast enough to suggest a 3D spectacle. Beginning like a Bach invention, the piece progresses through a series of five evocative movements, each written in honor of one year in his eldest daughter’s life. “I made a commitment to write a piece every year,” Pérez explains. “Hopefully it will be a symphony when she’s 17. It’s been a challenge to keep a thread going because her personality goes through a lot of changes on an annual basis.”

While his daughters are still too young to actually ask the type of big questions that drive Providencia, Daniela did provide the title of the tune “Cobilla”—a nonsense word that her father translated as a call to arms. “I thought she meant stand up, do something, that’s my interpretation. So it’s a protest tune; you can hear dogs barking and sirens in the music.”

The ensemble Pérez has assembled for this album is itself an expression of his concept of “global jazz,” an idea he carries on from his stint with the legendary Dizzy Gillespie’s United Nations Orchestra. Alongside the Panamanian leader, the group includes Indian-American saxophonist Rudresh Mahanthappa, Lebanese-American percussionist Jamey Haddad, Colombian conga player Ernesto Diaz, Portuguese vocalist Sara Serpa and a Boston-based woodwind quintet.

At the group’s core are Pérez’ longtime trio-mates, bassist Ben Street and drummer Adam Cruz. “It was crucial to me that we highlight the trio because there’s a vocabulary that we’ve developed over the years,” Pérez says. “I wanted to have an environment where we were affected by other instruments and colors, but also completely unaffected.”

Nowhere is Pérez’ conceptual farsightedness more vividly expressed than on the urgent, dynamic “Galactic Panama,” which Pérez explains as a universe’s-eye-view of his homeland. Pérez’ insistent percussiveness and Mahanthappa’s tense lines suggest the teeming population in constant motion. Street and Cruz suggest the rhythm of the tamborito, Panama’s national dance, without the aid of traditional instruments, which Pérez credits to their time spent with him in Panama playing with local musicians.

The pianist’s self-appointed role of musical ambassador for his native country is a theme that runs throughout the album. The title of his two-part chamber piece for woodwind quintet and the trio, “Bridge of Life,” is a reference to Panama’s role as a land bridge between North and South America whose emergence 3 million years ago divided the Atlantic and Pacific Oceans, changing ocean currents and altering the world’s climate, providing the environment for a new species (homo sapiens) to develop on earth.

“A place like Panama has had such an impact on the world,” Pérez says. “That’s the globalization we’re talking about in the record. In musical terms, what I see in the bridge of life, I see in these three types of music melting together: jazz, classical and Latin. I want to keep developing those threads and make the combination really organic.”

In addition to depicting the country in his own music, Pérez has included two pieces by Panamanian composers in his repertoire, both tragic love stories. “We have this desire to explore the world,” he says, “but it’s also a reality that we must deal with basic issues of love and struggle, and these pieces really outlined that. I’ve been trying for years to expose people to the lyrical side of Latin American music, not only the percussion, the excitement. There’s a whole songbook of Latin American standards to explore.”

Carlos Eleta Almaran’s “Historia de un Amor” has been recorded countless times, by everyone from Oscar Peterson to Julio Iglesias—Pérez once heard it performed in a Japanese karaoke bar. And the lovely ballad “Irremediablemente Solo,” rendered heartbreakingly by the trio, was penned by pianist/organist Avelino Muñoz, who Pérez refers to as “one of our best musicians; you can compare him to the influence Jobim had in Brazil.”

Another influence to whom Pérez pays tribute is Charlie Banacos, the pianist and educator who served as a mentor to Pérez along with many others—including Michael Brecker and Mike Stern—and passed away last December. “He was a visionary, an educator ahead of his time,” Pérez says. “That’s why I called that piece ‘The Oracle.’”

The album concludes with two brief duets between Pérez and Mahanthappa, collectively titled “The Maze.” The two improvisations—one muscular and jagged, the other tender and reflective—sum up Pérez’ feelings about his music’s intent.

“I was checking out different meanings of ‘maze’ and read: ‘A network of paths and edges designed as a puzzle through which one has to find a way.’ Going through life, when you get up in the morning you don’t know what foot you’ll be on, left or right; you just have to be able to jump in and make decisions on the spur of the moment.”

Pérez ultimately reflects on an answer to the questions he imagines his daughters posing: “The future will be a reflection of what we say, think and do today. Let's use wisdom and our art of providence as a flashlight to guide us to the restoration of humanity.”