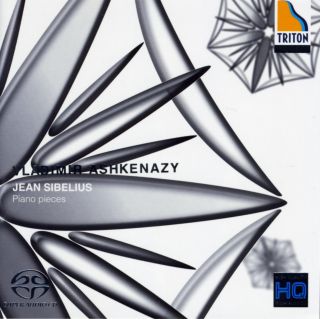 Catalog number: EXCL 17
Releasedate: 01-10-10
Ashkenazy takes his seat behind the piano again for this special recording, made in Finland in Jarvenpaa hall, one of the halls with the best acoustics in Finland and in Ainola, the composer's house. What wealth does the world have with all the recent fruits of Ashkenazy of his work as a conductor and that, on the other hand, the listener can still enjoy interpretations of a wise musician of age on the piano!
After the series of symphony recordings, Vladimir Ashkenazy, one of the greatest musicians in our time, completes his love for  the music of Sibelius with playing of the composer's intimate piano pieces by himself. Mr. Ashkenazy selected Jarvenpaa hall, one of the halls with the best acoustics in Finland, as well as Ainola, the composer's house, for the recording, sharing the breath of nature the composer felt. Mr. Ashkenazy specially recorded "Valse triste", one of the most popular repertoire of Sibelius', the transcription by the composer himself, twice in this disc, first at the Jarvenpaa hall, and the second at Ainola using the composer's piano.
Vladimir Ashkenazy
Principal Conductor and Artistic Advisor
In the years since Vladimir Ashkenazy first came to prominence on the world stage in the 1955 Chopin Competition in Warsaw he has built an extraordinary career, not only as one of the most renowned and revered pianists of our times, but as an inspiring artist whose creative life encompasses a vast range of activities.
Conducting has formed the largest part of his music-making for the past 20 years. He has been Chief Conductor of the Czech Philharmonic (1998–2003), and Music Director of the NHK Symphony Orchestra, Tokyo (2004–2007). Since 2009 he has held the position of Principal Conductor and Artistic Advisor of the Sydney Symphony.
Alongside these roles, Vladimir Ashkenazy is also Conductor Laureate of the Philharmonia Orchestra, with whom he has developed landmark projects such as Prokofiev and Shostakovich Under Stalin (a project which he toured and later developed into a TV documentary) and Rachmaninoff Revisited at the Lincoln Center, New York.
He also holds the positions of Music Director of the European Union Youth Orchestra and Conductor Laureate of the Iceland Symphony Orchestra. He maintains strong links with a number of other major orchestras, including the Cleveland Orchestra (where he was formerly Principal Guest Conductor), San Francisco Symphony, and Deutsches Symphonie Orchester Berlin (Chief Conductor and Music Director, 1988¬–96), as well as making guest appearances with orchestras such as the Berlin Philharmonic.
Vladimir Ashkenazy continues to devote himself to the piano, building his comprehensive recording catalogue with releases such as the 1999 Grammy award-winning Shostakovich Preludes and Fugues, Rautavaara’s Piano Concerto No.3 (which he commissioned), Rachmaninoff transcriptions, Bach’s Wohltemperierte Klavier and Beethoven’s Diabelli Variations. Last year he released a disc of French piano duo works with Vovka Ashkenazy.
A regular visitor to Sydney over many years, he has conducted subscription concerts and composer festivals for the Sydney Symphony, with his five-program Rachmaninoff festival forming a highlight of the 75th Anniversary Season in 2007. Vladimir Ashkenazy’s artistic role with the Sydney Symphony includes collaborations on composer festivals, recording projects and international touring.