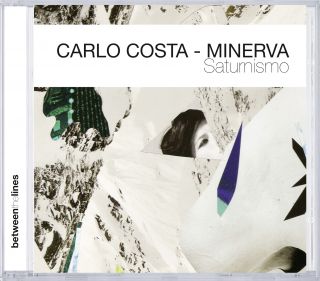 Catalog number: BTLCHR 71227
Releasedate: 29-04-11
Modern, innovative and thoughtfull Jazz at its best...
"Is it possible to open doors without closing others? Can you combine contrasting styles in such a way that they seem to come from one cast?" Carlo Costa asks in the liner notes to this CD. And he describes the idea at the same time: "Every source has to be treated with respect, but it may not be considered holy or taboo. I hope that we have come close to this ideal with this recording."
The band Minerva was founded by Carlo Costa in New York in the fall of 2009. In addition to the drummer Costa, Minerva is composed of the bassist Pascal Niggenkemper and pianist JP Schlegelmilch. The trio first started as a kind of workshop to sound out how working with different music sources can harmonize: from jazz standards to their compositions in the spirit of classical music of the 20th century and all the way to collective improvisation. They harmonized in all areas similarly well, and they started to link them. We now have the result with "Saturnismo".


Born in Rome, Carlo Costa already starting playing the drums when he was 10 and also started drum studies at an early age: first in Rome, than at Berklee College of Music in Boston from 2001 until 2005 and finally in the Masters' program in "Jazz Performance" at New York City College, from where he graduated in 2007. His teachers were Joe Lovano, John Patitucci and Drew Gress, among others. His previous fellow-travelers in music were people such as Kenny Warren, Robin Verheyen and Aidan Carroll.
After the German-French Pascal Niggenkemper learned to play the violin and piano as a child, he switched to contrabass when he was 17 and began studying at the Cologne Music College in 1999. Awarded a DAAD (German Academic Exchange Service), he moved to New York in 2005. Pascal has been well known for quite some time. He is leader of the bands Turbo Pascale and PNTrio, is co-leader (as in Minerva) with Rosco Paje and has played alongside very different musicians such as Lionel Loueke, Phil Woods, Louis Sclavis, Billy Harper and Maria Schneider.
JP Schlegelmilch grew up in New Hampshire. Contrary to Carlo and Pascal, he did not need to make a big jump over the Atlantic to study at the US universities Berklee and SUNY Purchase in the fields of jazz, improvisation, classical piano, harmony and the theory of counterpoint. He has been living in Brooklyn since 2006 and livens up not just the local jazz scene there. He is also an enthusiastic eclectic and delves into folk, rock, experimental and soul. He proved and proves this with his bands Old Time Musketry and Put A Motor In Yourself, and not just for a change of pace for performing with Tim Berne and Oscar Noriega. His roots also flare up now and then in Minerva.