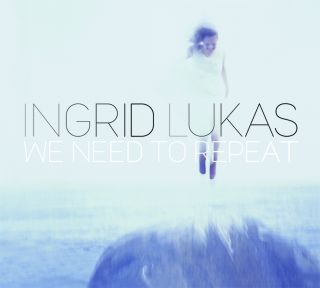 We Need To Repeat

“How are you?” asks Ingrid Lukas in the first song on her debut CD “We Need To Repeat”.
The Question is asked with poetical urgency, aiming at the profound. Songwriter and pianist Ingrid Lukas was born in Estonia and emigrated to Switzerland as a ten-year-old-child. She mainly sings in English and Estonian and muses in her songs about timeless topics, such as everyday struggles of life, home, the search for clarity, but she also evokes dancing spirits. Her music is rooted in the Nordic acoustic-sound tradition and seeks to reach a blend of ritual folksong elements with pop and minimal jazz. Both in arrangement and composition, the songs live up to Lukas’ creed asking "How little is enough?” which also reflects in the members of band: the piano and vocals are joined by a second voice (Corina Schranz), bass clarinet/tenor sax (Gregor Frei) and a drum set (Dominik Burkhalter) which is used in a percussive way.

The name of the CD is their creed: by focusing on repetition Ingrid Lukas and her band intend to focus on the simple, the subtle, and the unspoilt beauty of the things, words and sounds. This they do not without a pinch of irony and thus witty lyrics meet catchy rhythms to which even the detached white angel might once in a while secretly engage in dance:
'We need to repeat, cause it takes time...`till your heart shows...`till your body knows...`till you feel the beat...'