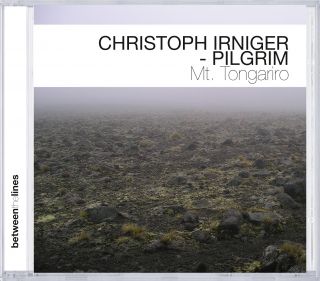 Catalog number: BTLCHR 71228
Releasedate: 28-10-11
Christoph Irniger´s quartet Pilgrim creates an astonishing sound without stressing continously their - without any doubt given - technical skills. The somehow minimalistic concept leads to a sound, that after and after captivates the listeners
The Pilgrim quartet project lead by tenor saxophonist Christoph Irniger is a marvelous example of how the whole is often much more than the sum of its individual parts. Each individual protagonist is far removed from the showcase rooms where well trained musicians believe that they have to document their skill by presenting their technical expertise in "higher-faster-further" style. Instead, the reduction principle applies: "less is more". With only minimal(ist) sounds of each single player, the Pilgrim musicians succeed in creating a full, rounded, thick all-around sound, surprising in this style and which is difficult to categorize. In addition to the sparingly inserted sounds, melodic and rhythmic style elements are never exploited, at the most broached upon, to flow into new channels soon. This individual sound cosmos is additionally supplemented by unconventional spots of color. For example, the rasping piano strings plucked by Vera Kappeler or the contrabass stroked in such a manner by Christian Weber that you could easily confuse the sound with that of a bass clarinet.
The title song Mount Tongariro is also a volcano on the north island of New Zealand and serves for the quartet as the virtual highlight of their imaginary journey. Peter Haffner writes in the CD booklet: "This journey to Tongariro deals with wanderlust, (…) moments of joy and panic attacks, uncertainty and self-confidence, an emotional rollercoaster, which someone experiences who explores the world on the other side of the playpen of the entertainment and adventure industry."   Whoever hears this compact artwork will rub his or her eyes and ears in astonishment about how much uncertainty, even panic, the musicians might have experienced. But the impression is much stronger that the lady and three gentlemen know very precisely what they are doing. And that they work together with absolutely equal rights.

Christoph Irniger (tenor saxophone, born in 1979) has been playing his instrument since he was 11. Between 2000 and 2006, he studied music pedagogy at the Zurich Jazz School and performance at Lucerne Music College where he graduated with distinction. His teachers were Christoph Grab and Nat Su. He also took lessons from Dave Liebman, Enrico Rava, Kurt Rosenwinkel, Ari Hoenig, Mark Turner and Nils Wogram. Irniger taught at the Zurich Music School Conservatory and also dedicates himself to his trio/quartet and the band Cowboys From Hell in addition to Pilgrim.
Vera Kappeler (piano, born in 1974) completed her piano studies with a teaching diploma at the Winterthur Conservatory in 1999. She also took lessons at Basel Jazz School at the same time. Today, she plays in various projects in the areas of jazz, folk and free improvisation and teaches in Winterthur and Lucerne.
Christian Weber (contrabass, born in 1970) studied at the University for Music and Drama Art in Graz and at the Bruckner Conservatory in Linz under Adelhard Roidinger. His studied under Ernst Weissenheimer in Vienna and then held a position as instructor at Bern University. He composes music regularly for theater, film and sound installations and is a member of several other bands.   Michael Stulz (drums, born in 1977) studied at the New Yorker Drummers Collective, the Jazz Department at Lucerne Music College. In the meantime, you can hear him on almost all stages in the world in one of his more than 10 current bands.