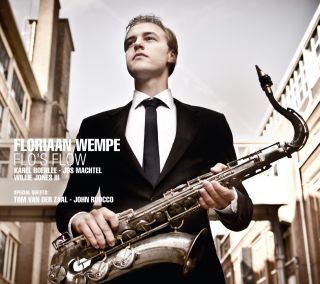 For the recording of his debut Floriaan brought together a band of phenomenal musicians to do a tour and record his debut CD as a leader. This stellar cast consists of Karel Boehlee on piano (Toots Thielemans, Gino Vannelli), Jos Machtel on bass (Brussels Jazz Orchestra) and, all the way from New York, Willie Jones III on drums (Roy Hargrove Quintet & RH Factor, Hank Jones). It can only be described as a dream for a 22-yearold to work with some of the finest and most experienced musicians around.

In his childhood Floriaan Wempe was very much exposed to jazz and classical music and already at the age of 5 he asked for Charlie Parker and John Coltrane CDs to be played. It was inevitable for him to start playing the saxophone at the age of 9, after changing teeth.

After a few years of classical tuition he started focusing on jazz. Only 12 years old, he was awarded a second prize in the national Princess Christina Jazz Competition. In the next few years he was part of a band of promising young players, coached by Robert Veen, bringing him to many stages, such as the North Sea Jazz Festival. This formation, “The New Arrivals”, won the 1st prize in the Princess Christina Jazz Competition as well as the Alumni Award.