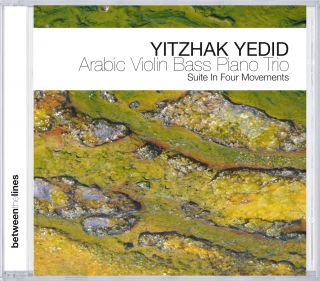 Yitzhak Yedid studied at the Jerusalem Academy of Music and Dance as well as at the New England Conservatory (Boston) under Ran Blake and Paul Bley.  He has played at numerous festivals worldwide and received innumerable awards for his compositions. His is already releasing his seventh work on the label "Between the Lines" with "Arabic Violin Bass Piano Trio". The compositions demand co-musicians who have a deep understanding for Yedid's work and who have also studied Arabian music and western classical music intensively as Yedid has. And who remain open for excursions to free expression at all times. Ora Boasson-Horev plays bass and has accompanied Yedid for many years. She studied at the New England Conservatory as he did and not only has stupendous technique, but is also rich in the experience of mixing genres. Sami Kheshaiboun, born in the north of Israel in 1970, is also a long-time companion of Yedid. They studied together in Jerusalem, where Kheshaiboun teaches at the Academy of Music and Dance today. He has his own ensemble (Alfarabi Orchestra and Trio) and performs at international festivals as Yedid does.