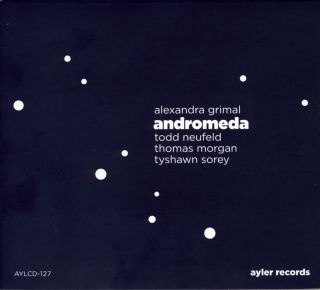 Catalog number: AYLER 127
Releasedate: 26-10-12
"Free music... Free of suspicion, at least. The three of us... in other words, together, it all begins with a note, a ‘sequence shot’, some rhythm, an idea, then more ideas. Sometimes it starts at the end, often it starts at the beginning, or in the middle... we no longer know. Especially as when all three are playing, each and everyone may disappear, merge or take over anytime... Matter of fact, if I knew more about it, there would be no reason for you to listen to the trio..." This is what will happen when you're asking musicians to give you a few indications about their musical intentions... At least, for once, we won't be stringing superlatives. Still... Roger Turner... Ah, Roger Turner... Noël Akchoté... Hmm, probably the most... As for Jean-Marc Foussat, you could say he's...