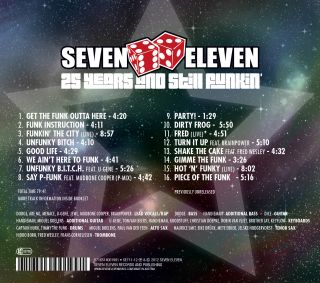 Catalog number: SE 71112
Releasedate: 26-10-12
In 2012 Seven Eleven presented their anthology: 25 years and still funkin’. The album is not just another compilation but a trip through time with the most funky recordings of one of Europe’s leading funk bands.

The band started their Jubilee-tour in May 2013. Check their website for upcoming tourdates and other infromation: