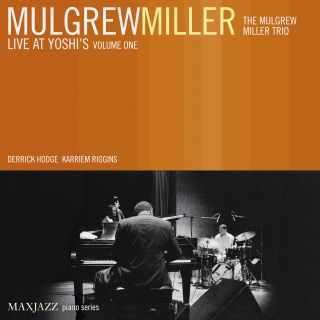 Live at Yoshi's Volume One

Catalog number: MXJ 208
Releasedate: 14-03-07
Miller takes it to the next level now by recording his first live album. Recorded July 22-23, 2003, at Yoshi’s at Jack London Square – one of the world’s premiere jazz clubs -Live At Yoshi’s (Volume One) is Miller’s second release on MAXJAZZ. Unlike The Sequel, where he presented eight original tunes, on Live At Yoshi’s, Miller puts his stamp on ageless standards in an intimate trio format. Miller’s trio is comprised of Derrick Hodge on bass and Karriem Riggins, who played on The Sequel, on drums.