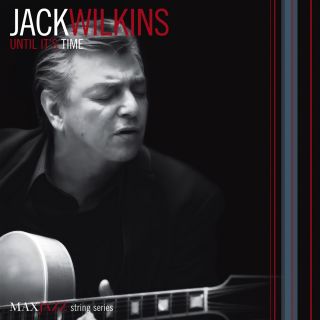 Catalog number: MXJ 606
Releasedate: 19-05-09
Guitarist Jack Wilkins has been a part of the music scene for many years, recording and touring since the early 1970’s. On his release Until It’s Time, Wilkins’ distinct sound and creativity flow throughout. The release features some stellar musicians including Jon Cowherd (p), Steve LaSpina (b) and Mark Ferber (d). Comfortable in any musical setting, Wilkins is the consummate guitarist.