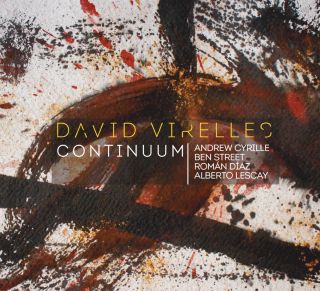 Catalog number: PI 46
Releasedate: 24-09-12
Recently named one of four young pianists on the rise by the New York Times, David Virelles makes his Pi Recordings debut with Continuum, a collaborative effort with legendary drummer Andrew Cyrille, bassist Ben Street, and Cuban folkloric percussionist/poet Román Díaz. Virelles has in a short time become one of the most in-demand pianists in jazz, working in the bands of saxophonists Steve Coleman, Chris Potter, Ravi Coltrane and Mark Turner. He will be appearing on upcoming releases with Potter and trumpeter Tomasz Stańko, both on ECM. Continuum is his second album as a leader and the first since moving to New York in 2009. Rather than focusing on the sort of bravura displays of pianism one might expect from a young pianist, the album is instead an episodic meditation on the power of Afro-Cuban folkloric traditions that fully reflects his open-minded interest in the confluence of music and other art forms.