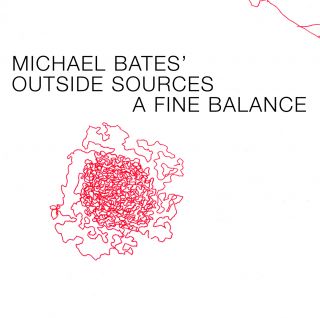 Catalog number: BTLCHR 71211
Releasedate: 26-12-12
As a composer and musician, Michael Bates “serves up melodic modernism and contrapuntal elegance” (Time Out, NYC) and his influences range from Shostakovich to Ornette Coleman and Bad Brains to Joni Mitchell. Known as the double bassist in several collectives within the “Downtown New York City Jazz Scene” along-side musicians such as Russ Johnson, Ohad Talmor, Michael Attias and Michael Sarin, Bates recorded his second cd in late 2005. His debut cd “Outside Sources” was called one of the best albums of 2004 by Cadence Magazine editor Bob Rusch and trumpeter, Dave Douglas notes, “I whole-heartedly recommend taking special note in the Outside Sources project! Michael Bates is a fantastic bassist and an engaging composer.”
His new album “A Fine Balance” features ten compositions that combine exquisite melodies and contrapuntal textures with an organic and interactive approach to playing jazz.  From the aggressive grooves of ‘On Equilibrium” to the austere take on a Prokofiev cello sonata, Michael Bates’ Outside Sources has been described as “a gem that manages to navigate that most difficult and rarely traveled road leading to accessible experimentation. It’s always forward–thinking but it’s also beautiful and within the grasp of even the most casual jazz fan.” (Chris Watson, “The View”).