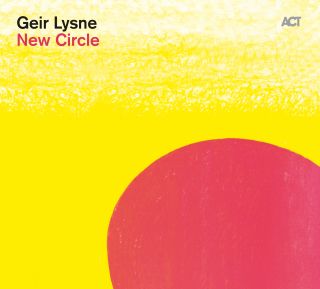 Catalog number: ACT 95612
Releasedate: 25-10-13
Around 15 years ago, a new generation of jazzers set out to find new ways of escaping the rigidity of post-bop and jazz fusion. Young musicians, especially in Scandinavia, tore down genre borders and borrowed from their own folk music, rock and pop, making people like Esbjörn Svensson, with his entirely new interpretation of the piano trio, and Nils Landgren, with his Nordic funk music, famous. Bugge Wesseltoft surprised with his "New Conceptions of Jazz" and his Norwegian compatriot, the trumpeter Nils Petter Molvaer, merged jazz with electronic music and the sound of his home country. Geir Lysne's redefinition of the big band concept was and is hardly any less revolutionary.

The uniqueness of "Listening Ensemble", as the Norwegian initially named his big band in 1999, was quickly recognised by the experts in the field: "This band doesn't copy from anything, anywhere," wrote Werner Burkhardt in the Süddeutsche Zeitung in 2001. In 2006, Ulrich Olshausen of the FAZ newspaper found that Geir Lysne was a "diamond solitaire and visionary", and that same year, Oliver Hochkeppel wrote in the SZ that the ensemble was a "charmingly autochthonous formation" that succeeded the Vienna Art Orchestra in terms of music history, as a melodious avant-garde. Just recently Lysne was awarded the ECHO Jazz 2013 (Best Big Band Album) for his extraordinary arrangements on the "Big Band!" album of the NDR big band, together with the Italian pianist Stefano Bollani. The composer and multi-instrumentalist Lysne himself described his approach ex negativo: "I don't write ordinary big band music. You won't find any AABA structure in my tunes, no continuous swing rhythms, conventional changes or blues-based themes."

Instead, Lysne taught the jazz orchestra an entirely new richness of timbres on three ACT albums, which garnered numerous honours, including the annual award of the German record critics, the Danish Music Award and the Norwegian Grammy. With unaccustomed instrumentations using flutes, percussion, laptop and instrumentally employed voices, and most of all with extensive recourse to world music contexts, a new "Nordic" and unmistakable kind of melodious stereophony and dynamism resulted for the big ensemble.
Lysne's work is so innovative that most of the notable orchestras have since then invited him to take part in projects or conduct; from the NDR and hr big bands to the UMO big band and all five Norwegian military orchestras. Composition and professorial commissions also followed. But now, at the age of 48, Lysne has found that the time has come to "meet new people, make new music and broaden his sphere of activity." And so it is that "New Circle" became the title of his new ACT album, on which he works for the first time with the relatively small sextet setup, although with a panoply of well-known guest stars.

But this isn't Lysne turning his back on his former composition principles and working methods. On the contrary, it is their compression and intensification. Although the foundation is only five acoustic instrumentalists: Eckhard Baur, Olav Torget, Gjermund Silset and Knut Aalefjaer, "New Circle" sounds almost no less orchestral than the earlier albums. The key element here is Reidar Skar, a "true master of the computer," as Lysne says. Skar formed this "electro-acoustic recomposition production" (Lysne) with his alienations and innovative computer sounds, without infringing on the artistic integrity of Lysne's orchestrations, subtleties, double entendres, his predilection for folk singers, ethnic grooves, strong melodies and soundscapes.

"It was time to get urban, and feel the exciting, fantastic privilege of living in a multicultural world in which music is the universal language," says Geir Lysne, summing up the goal of "New Circle". And so it is that the urban groove of the introductory "Please Welcome!", moving across all continents and using everything from Ravel's Bolero to Asian chants, inevitably casts a spell on the listener. The feeling of missing something ("Sakn" in Norwegian) is examined in the Asian- American-European just as much as are works from earlier Lysne albums.

Kaa, the Jungle Book python that Lysne once introduced on "Boshjenasti", now slithers up-tempo and bouncy through an urban jungle full of associations and bursting at the seams with sounds. The piece based on Joik singing of the Sami people is back again too – but "A Million Stars" this time not only twinkle above the Nordic tundra (brought to shine, for example, by Peter Baden's electro percussion and the trombone of Lysne's famed big-band colleague Helge Sunde), but also over the Vietnamese jungle, sung of by the great Huong Thanh and accompanied by the guitar of Nguyên Lê. The British comic heroine "M.B.", brought to life in a musical sense on "Korall", also gains a little, African niece, in the person of "Amana Na Nunga".

A Norwegian church psalm is then also given an African incarnation by the Senegalese singer and kora player Solo Cissoko and Renate Alsing's marimba from Zimbabwe. "Alwilly" – as just prior to it "22" – is a meditation on the Norwegian trauma of the Breivik attack on 22 July – a political song, a summons to rise up for peace on earth. But in his music, Geir Lysne already masters this enormous challenge that society and politics will long struggle to get a grip on. He makes global diversity sound as if it had always been unified.