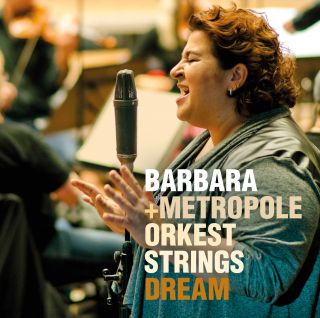 Catalog number: CR 73389
Releasedate: 20-12-13
Dream is the first single of the new album of Barbara with the Metropole Orchestra which will be released in autumn 2014. Together with Chris Ellis, a British/Amsterdam jazz legend and respected producer, she selected beautiful old pop- and jazz songs, which will be re-arranged with a modern sound.

Barbara Straathof (1975) is well-known since her blind audition for the Voice of Holland in 2012. She ended-up as one of the favorite contestants and was part of the team of Marco Borsato. During this period she entered the iTunes charts four times, even with a number five position for both her version of the Bond-song: 'Skyfall' as for her version of "Make you feel my Love". She left the show as a semi-finalistits. Since that time, she is a professional singer and she has been working on her career. November this year, she went to New York for two successfull performances: in the famous jazzclub 'The Zinc Bar' and in 'The Village Underground'. She also took a masterclass with David Freedman.