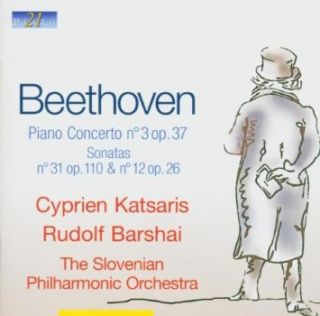 Catalog number: P21 014
Releasedate: 12-12-13
Cyprien Katsaris studied piano at the Paris Conservatoire with Aline van Barentzen and Monique de la Bruchollerie, and in 1969 he won the piano First Prize. As well as piano, Katsaris also studied chamber music with René Leroy and Jean Hubeau, and he won First Prize for this in 1970.

Katsaris gave his first public concert in Paris, at the Théâtre des Champs-Élysées on 8 May 1966. He performed theHungarian Fantasy by Liszt, with the Orchestre Symphonique d'Ile-de-France conducted by René-Pierre Chouteau. Since then he has carried on to perform with many orchestras and conductors.

Released to coincide with his performance at the Wigmore Hall earlier this month.