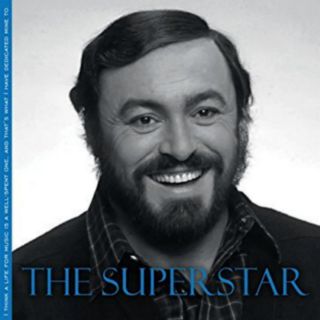 In modern times, “superstar” status for an opera singer is unusual. Not so in the 19th century, when opera singers were commonly accorded the adulation reserved for rock stars today. Luciano Pavarotti’s numerous appearances on television, both in operas and commercials, as well as his sharing the stage with major pop singers, the huge arena performances of “the three tenors” (along with Plácido Domingo and José Carreras), and performances at other mass venues made him a true “superstar” equal to, or even greater than, many of pop music’s biggest stars. This disc surveys the breadth and depth of Pavarotti’s recordings of opera and song over the decades.