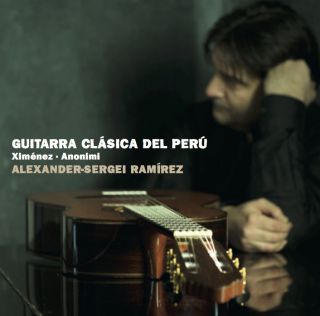 It is rather ironic that, of the 36 examples of Peruvian classical guitar music recorded for this CD, the only known composer (the remainder are anonymous), lived, composed and died not in his native Peru, but in the city of Sucre, then capital of the Republic of Bolivia.

The other 13 compositions on this CD are anonymous works, taken from 18th and 18th century Peruvian copybooks by three different individuals. The Mathías José Maestro notebook, dated in Lima in 1786, contains 17 pages of anonymous scores for guitar, most likely of European origin, since Maestro was born in Spain and emigrated to Lima toward the end of the 18th century. The Zifra copybook also dates to the final years of the 18th century and belonged to a Spanish officer in the Royal Corps of Engineers, stationed in Lima. The 31 pieces in the Zifra notebook are also mostly of European origin, anonymous compositions and arrangements inspired by Spanish guitar music of the second half of the 18th century.