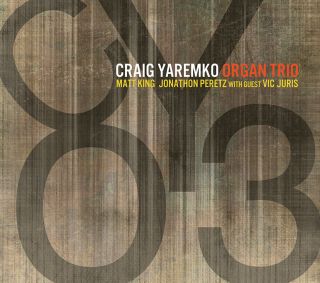 Catalog number: OA2 22105
Releasedate: 13-06-14
“...a powerful musical personality...rife with musical adventures...” - Newark Star-Ledger
The New York-based saxophonist, along with organist Matt King, drummer Jonathon Peretz, and special guest guitarist Vic Juris, push the limits of the tradition while displaying a powerful group chemistry. The band swings hard on originals by both Yaremko and King, as well as putting fresh spins on jazz classics by Monk, Strayhorn, Hubbard and Waller. CYO3 is Yaremko's debut on OA2 Records and his forth as a leader, following his recording "Sync," which was a Top Ten pick from New York's Hot House Magazine for release of the year in 2007.