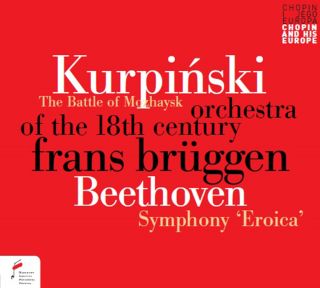 The Battle of Mozhaysk / Symphony Eroica

The album is a recording of the two concerts, which took places on the 25th of August 2013 [1–7] in the Witold Lutosławski Polish Radio Concert Studio and on the 3th of September 2005 [8–11] in the Warsaw Philharmonic Concert Hall as a parts of the festival Chopin and his Europe.

Frans Bruggen and the Orchestra of the 18th Century are glorious advocates of this music, and the resulting recording here is a must for all fans.