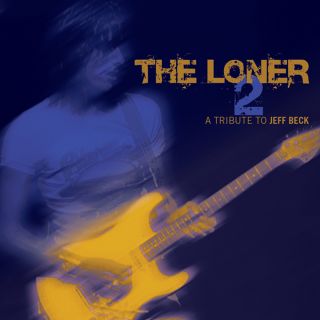 The Loner 2 – A Tribute To Jeff Beck

Jeff Beck is an outstanding phenomenon. Being a “Master of Tone” he always believes in his own stile and artistry. He started to play guitar because of the Blues played by Muddy Waters and Buddy Guy. After Eric Clapton´s departure from The Yardbirds he filled the gap and played with the band through their most successful time. He leaves The Yardbirds and forms his own bands in various combinations. Together with Rod Stewart he founds the first Jeff Beck Group. His denial of a Rolling Stones membership is legendary. He never wants to subordinate himself to music-industry´s economic demands. Through all of his work there is a persistent quest for sound. He incorporates Jazz. Fusion and electronics into his own blend of Rock and Blues. “Blow by Blow”, “Jeff Beck’s Guitar Shop” or his comeback “You had it coming” are cornerstones of rock-music history.

Jeff Beck is now 70 years old. Most people that age are in a nursing home... Jeff is center stage with a white Stratocaster ripping through yet another tour de force of rock royalty. And he is getting better and better. Still, after decades in the business, he remains as much a fan of experimentation as ever and will continue his search for the right sound. That can be powerful and aggressive at times, or lyrical and unbelievably tender on other tracks. His inimitable way of blending blues, rock and jazz continues to excite audiences - as does his solo work, heavy on the whammy bar.

This project does a good job of gathering a lot of musicians who inhabit the same "soundscape" as Jeff Beck. Jeff Beck typifies everything these guys strive for in their own music. Originality, melody, innovation and a healthy dose of weird, trippy shit!

Artists are US lap steel guitar player Mike Neer with a personal tribute, American jam band Great Caesar’s Ghost comes up with a great version of “Definitely Maybe”, former Jeff-Beck musician Max Middleton plays a laidback blues on the piano, US rock guitarist Stef Burns wrote “Burns’ Blues”, after hearing Jeff Beck's "Brush With The Blues", Chris Juergensen is bending, twisting and stretching his own definition of the blues. Another R & B influenced guitarist is Thomas Blug, he is joining forces with former Focus Keyboarder Thijs van Leer for a slow blues.
R & B oriented guitarist Steve Fister is performing an old school funk jazz tune called “JB meets JB”, crossing James Brown and Jeff Beck, while Ali Neander gives “A Salty Dog” a „Jeff Beck-Wannabe“ treatment. Meant as a hommage to J.B. and Procol Harum. James Crouch and James Ryan are both near to catch Beck’s whacked out humour with their pyrotechnic workouts, while Godfrey Townsend performs a more classic oriented track, which was written with the sole intention of paying homage to J.B. Mitch Perry does a great job with a poignant rendition of a great track called “Your Beckoned Call”.Italian Marco Iacobini gives a rousing and speedy treatment to “The Pump”.