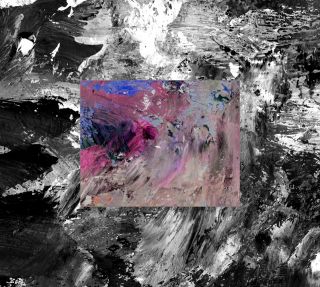 Catalog number: MR 874659
Releasedate: 23-01-15
To present Gleiswechsel as a debut CD does not do the artist or the work justice, even though this is in fact the first solo album by Florian Kästner as a pianist and composer.
The album is rather more like a runner's acclaimed finish to a musical marathon. "I would describe this solo album as a snapshot of my almost obsessive musical instinct to play" said Florian Kästner "and as the essence of my idea of jazz".
Although Kästner's music, compositions and arrangements don't require additional explanation or background information in order to anchor them firmly in the mind and psyche of the listener, providing both exhilarating tension and laid-back stimulation, it's still rewarding to take a look at the artist's musical biography. His path to jazz may be confidently described as an avant-garde Odyssey which also makes a great deal of sense, so to speak.

Contradictions, fractures, willpower, continuous development, powerful progress, focus on the essentials and passionate attempts; these are all attributes that apply to both musical creativity and the artist Florian Kästner.

Kästner was born in Leipzig, and he says there is "no better place for a musical person to get to know the fine arts". Growing up in a highly musical environment (his mother a violinist in the Radio Orchestra, his father the organist of the famous St. Thomas Church), classical music was a part of his everyday life since early childhood.
He puts it in a nutshell by saying: "I would even say that I was literally, though never forcibly, shielded from the sweet sounds of punk and electric guitar until puberty. Even today, this fact characterizes my approach to sound and the development of musical form".

Kästner first learned the violin and showed a remarkable talent even as a child. He played in both small and large orchestras, also as a soloist, and got to know, play and love the repertoire of classical concert halls. Tchaikovsky, Rachmaninoff and Scriabin were his heroes at this time. At that point he was just sixteen-years-old, and still hadn't ever sat on a piano stool.
Around the same time, Florian Kästner discovered a few records by the Bill Evans Trio (with Scott LaFaro and Paul Motion, from 1958) on his father's shelves, and was 'infected'. "The longer I listened to this music, the more I wanted to know how it existed. Every jazz pianist mentions this line-up, and I encountered it purely by chance. Jazz had never interested me before, and I always felt that classical music in all its facets was complete and sufficient".
And then?
While Kästner officially embarked on a career as a concert violinist, he was magically attracted to the piano: "At night, I secretly practiced piano and listened to jazz to the point of exhaustion. At some point I had to make a decision. By then I was a really good classical violinist, but I still had to be a pianist. The enormous longing for it was unbearable. Everyone advised me not to do it... But I did it".

Fortunately, in his early twenties, Florian Kästner met Richie Beirach who encouraged him from the beginning and became his teacher and mentor. He then plunged headlong into ten years of what he today calls "passionate hard labour".

Now with Gleiswechsel, Florian Kästner presents an exhilarating solo album as a pianist and composer. It is both proof of his ability and an impressive statement on jazz and his understanding of it. And Kästner has a lot to say about it in terms of composition and interpretation, as well as what is on his mind and from which sources he draws internally.

"I was always bothered when you could perceive a strong break between theme and improvisation in jazz pieces. My intention is to make music in which the piece 'composes itself further'. Ideally, shape and development blend for the listener imperceptibly. That's to say, they experience only a smooth transition, if any at all, between composition (form) and improvisation (development). The piano as a solo instrument allows me to fully determine form and its arrangement itself in the moment. In doing so, improvisation over pre-composed forms becomes one thing, improvisation as immediate-composition another.

The music plays through me. It begins at the point where I stop controlling and expecting. The most difficult aspect is winning this freedom; not to think, not to expect, but to admit full confidence in my ability and musicality, and to accept the possibility of failure.
Over the years of trial and failure, I now see myself as equal to the challenge".

That is Gleiswechsel. The pieces on the album sound like ambiguous biographical notes on 'Gleiswechsel' and 'Sänk Juh For Träwelling'; bow down before a city that has so characterized the artist on 'Leipzig', and show no reticence towards Florian Kästner's classical background on his adaptation of the age-old choral 'Ich rufe zu Dir' (I call to you).
Gleiswechsel almost 'reads' like the genetic footprint of an artist who has classical music and jazz rooted equally in his genes, and as one of the best ideas of jazz one could ever have!