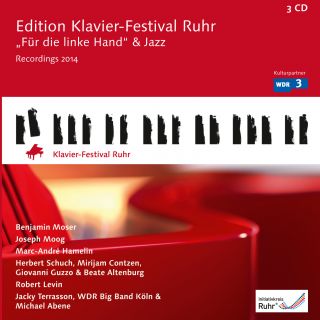 ROBERT LEVIN
Robert Levin studied with Stefan Wolpe in New York and with Nadia Boulanger in Paris. Upon graduation he was invited by Rudolf Serkin to head the theory department of the Curtis Institute of Music; Levin was also Resident Director of the Conservatoire Américain in Fontainebleau from 1979 to 1986 before taking up a professorship in the piano department of Freiburg Musikhochschule. He is President of the Johann Sebastian Bach Competition in Leipzig, and currently Dwight P. Robinson, Jr. Professor of the Humanities at Harvard University. As a result of intense study of the original sources, Levin has published scholarly and musically well-informed completions of a number of works left unfinished by Mozart: for instance, the Requiem and the Mass in C Minor. He has performed worldwide and has made a number of recordings, including complete cycles of the Mozart and Beethoven piano concertos. Robert Levin is one of those rare true double musical talents who truly combine theory and practice. More than just a piano-playing musicologist or a theorizing instrumentalist, Levin invariably merges virtuoso aplomb with well-informed scholarship in his performances, captivating audiences far and wide. That has clearly also occurred in the great number of concerts and recitals Levin has given at the Ruhr Piano Festival ever since his first performance here in 2006.
JACKY TERRASSON
Jacques-Laurent Terrasson was born in 1965 in Berlin of an American mother and a French father. The family moved to Paris, where Jacky took classical piano lessons from the age of five. In his mother’s LP collection he discovered Billie Holiday and Miles Davis albums when he was twelve, and before long he was trying his hand at jazz, guided by recordings of Bud Powell, Bill Evans and Thelonius Monk. After studying classical piano in school, he went to Boston and enrolled at the renowned Berklee College of Music to specialize in jazz. After his diploma he stayed on in the US, jamming in clubs in New York City. In 1993 he won the renowned Thelonius Monk Competition; one year later, he landed a contract with the prestigious Blue Note label, for which he recorded a total of ten albums, including three with his trio. Terrasson has been on the roster of prizewinning productions featuring Michael Brecker, Cassandra Wilson and Stefon Harris, and he has collaborated on further recording projects with Charles Aznavour, Dianne Reeves and Dee Dee Bridgewater. Jacky Terrasson performed for the first time at the Ruhr Piano Festival in 1999.
COLOGNE WDR BIG BAND
As an ensemble pertaining to the WDR radio and television broadcasting entity, the Cologne WDR Big Band fulfils a mission as regional cultural ambassador – specifically in order to bring jazz music and similar styles closer to audiences all across North-Rhine Westphalia. The orchestra’s profile foresees the elaboration of variegated programmes featuring the widest possible spectrum of styles. With its international roster of members, this orchestra is also firmly rooted in European tradition, particularly in European jazz. Each member is a consummate soloist with an unmistakable timbre, thereby creating an orchestral sound with brilliant projection in the concert hall. In collaboration with internationally renowned guest conductors, composers, arrangers and soloists, the WDR Big Band puts together an annual series of concert projects covering a wide spectrum. Live performances take place not only within the WDR broadcasting territory, but also in the rest of Germany and abroad, thus increasing the big band’s outreach and notoriety. The WDR Big Band’s programme covers the entire jazz spectrum, including all styles of music related to jazz, from tradition to the avant-garde.
MICHAEL ABENE
Michael Abene is a renowned pianist, composer and arranger. He has been the Chefdirigent (chief composer and arranger) of the WDR Big Band since 2003. Abene’s arrangements are performed by big bands and orchestras worldwide. His career takes him regularly across the globe, delighting audiences in concert performances; he has made arrangements for artists such as Randy Brecker, Paquito D’Rivera, Joe Lovano, John Scofield, Patti Austin, Mike Stern, Gary Burton, Dave Liebman, saxophonist Bill Evans, Kurt Elling, Eddie Daniels and Tom Harrell. After having taught for several years at the Manhattan School of Music, Michael Abene now holds the Chair of Jazz Ensemble Conductor at the KUG Jazz Institute in Graz, Austria.