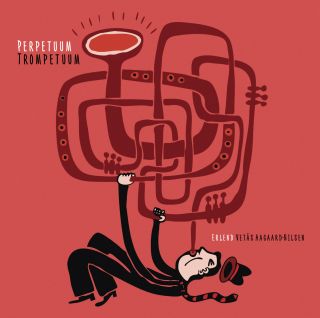 Catalog number: LWM 008
Releasedate: 18-09-15
New, Norwegian music for (solo) trumpet, Erlend Vetås Aagaard-Nilsen
There is a particular quality to works which tell something in short formats; a form of concentration which separates them from the large-scale forms, in the same way that a short story is distinct from a novel. In this perspective it is important to keep the form alive by new composers continually exploiting it, as they do on this disc.
The trumpet player Erlend Aagaard-Nilsen has invited some Norwegian composers to compose works for solo trumpet and piano which has resulted in interesting additions to the repertoire at the same time reflecting the variety of expression to be found among today’s composers.
Erlend Aagaard-Nilsen’s contact with contemporary music began at an early age. He was introduced to working together with students of composition from the Grieg Academy in Bergen, and as a performer in brass bands, where new music is often part of the repertoire. All the composers represented on this recording, with the exception of Bolstad Skjelbred, live in or nearby Bergen. Together with the pianist Jarle Rotevatn, Erlend, in co-operation with Brass- Wind, has commissioned and premiered most of the works on this disc. All the pieces are written for him (except track 5).
Music can be described as a room for dialogue. And without trust in the person one is conversing with, the possibility for dialogue ends before it has begun. Erlend Aagaard-Nilsen invites you to a conversation with a choice of repertoire which demonstrates “the breadth of the narrow” in Norwegian art music, as the composer Åse Hedstrøm put it.


Erlend Aagaard-Nilsen (b. 1988) grew up in a family of musicians with close ties to Manger Folkehøgskule on the island of Radøy, and has developed into a versatile musician who appreciates a wide range of styles. He is constantly developing and mentions especially that he has gained insights into many schools of trumpet playing. All the teachers he has had, have influenced his playing in one way or another. During an intensive semester at the Royal Northern College of Music in Manchester under Murray Greig, he gained many new impulses and opportunities to play with other musicians. In addition to being a soloist, he plays in military bands, big bands, symphony orchestras, brass bands, sinfoniettas and jazz ensembles. And he has
discovered that there can be many ways of approaching music. A broad range of skills he says can be an advantage to have in putting across contemporary music.