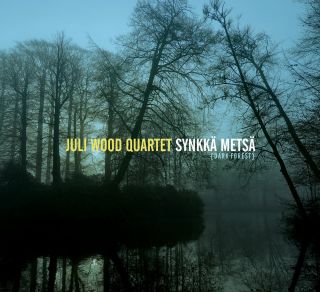 Currently Juli is working on a recording of Finnish folk songs. "My grandparents all came from Finland to the USA in the early 1900's. I grew up hearing the music and my parents taught me a little of the Finnish language. I was on my yearly trip to Finland last summer to play a few festivals and clubs, and was listening to Art Farmer's recording of Swedish folk songs called "To Sweden with "ove." It hit me then that I should make a CD of the simple and hauntingly beautiful Finnish folk songs, instrumentally and in a jazz style." The CD , called "Dark Forest" or "Synkkä Metsä" in Finnish , will be coming out on the Origin label in August, 2015. It features Alejandro Urzagaste - guitar, Clark Sommers - bass and Mike Schlick - drums. - See more at: http://originarts.com/oa2/artists/artist.php?Artist_ID=139#sthash.WoD9vXpS.dpuf