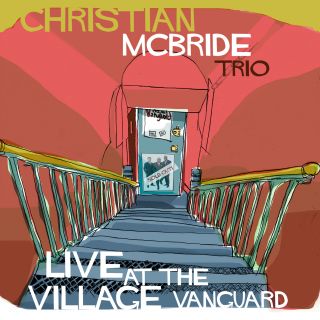 Live at the Village Vanguard (vinyl)

Catalog number: MACLP 1099
Releasedate: 11-03-16
- Grammy winner 2015 for Best Improvised Jazz Solo
This record is the fruit of McBride’s long association with the Vanguard, where his first appearance as a leader for the historic club was in 1995. In 2007, the bassist and charismatic club owner Lorraine Gordon started an annual one-week residency, which featured McBride’s quintet, Inside Straight. “Lorraine enjoyed my trio and my quintet, Inside Straight. We had such large crowds, so after a few years with such supportive audiences, we added an extra week. Instead of doing the same band for two weeks, I just started bringing in a different band. This has been an ongoing relationship that I look forward to maintaining as long as I can.”
When Philadelphia-born bassist/bandleader Christian McBride arrived in New York in 1989 as a Juilliard student, he was the “Godchild of the Groove” with unlimited potential. Today, with over 300 recordings as a sideman and 11 critically- acclaimed albums as a leader, he now reigns supreme as the “Lord of the Lower Frequencies.” He’s the influential and ubiquitous bassist of his generation, as evidenced by his quintet Inside Straight, his big band, his trio and his work with everybody from James Brown, Pat Metheny, Chick Corea and Wynton Marsalis to Sting, The Roots, Bruce Hornsby and Paul McCartney.