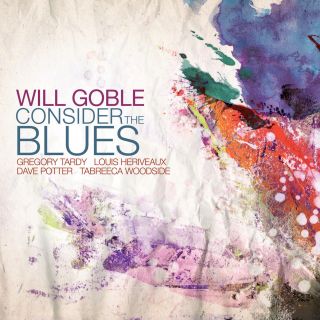 Catalog number: OA2 22132
Releasedate: 22-07-16
- Mr. Goble delivers a gem...original and fresh...! - JazzTimes
For his second recording as a leader, bassist Will Goble is joined by drummer Dave Potter, his long-time rhythm section mate in Jason Marsalis' Quartet, master saxophonist Greg Tardy and the Atlanta-based pianist Louis Heriveaux. Through arrangements of compositions by Mary Lou Williams and George Gershwin, and originals inspired by the 2015 Nepali earthquakes, racial injustice, and other emotion-charged events, Goble presents the blues as an aesthetic through which all people can make their stories known. From the opening "Another Man Gone Down," a traditional chain gang song with guest vocalist Tabreeca Woodside, to Goble's uptempo "The Ants Went Marching One By One But They Didn’t Come Back," the blues are captured with a variety of outlooks, but always through the infinitely variable lens of swing.
Hailing from Durham, NC and beginning his musical career in communities rich with mentorship, Will Goble is steadily carving out a unique space for himself as a bassist, composer, bandleader, and educator. Will became interested in Jazz and related art forms after growing up within the creative music scene that still thrives around the Raleigh/Durham/Chapel Hill area in North Carolina. Upon departing Durham for Florida State University in Tallahassee, FL in the early 2000s, Will quickly flourished under the tutelage of bassist Rodney Jordan and famed pianist Marcus Roberts. His relationship with Roberts extended onto the bandstand as Marcus invited Will to perform with his trio on a number of performances through the years. Through Roberts, Will met drummer and vibraphonist Jason Marsalis, eventually joining Jason's quartet in 2008. He can be heard on three of Jason's most recent studio releases, Music Update (2009), In a World of Mallets, (2013), and The 21st Century Trad Band (2014).

Upon relocating once again, this time to Atlanta, GA, Will set about documenting his work as a bandleader. His first album, Some Stories Tells No Lies (2012), features his own trio (drummer Dave Potter and Pianist Austin Johnson) joined by trumpeter Marcus Printup and saxophonist Chad Eby. His second album, Consider The Blues highlights Will's growth as a composer and is bolstered by strong performances from Potter, pianist Louis Heriveaux, and saxophonist Gregory Tardy. Currently based in Phoenix, AZ, Will continues to tour with Marsalis and perform frequently as a sideman and bandleader. Along with Marsalis and Roberts, Will has performed with Marcus and Joan Belgrave, Wessell Anderson, Vincent Gardner, Martin Bejerano, Eric Reed, Gregory Tardy, George Colligan, Lew Soloff, Etienne Charles, Michael Kocour, Fred Wesley, and many others. An active educator, Will is on faculty at Scottsdale Community College in Scottsdale, AZ.