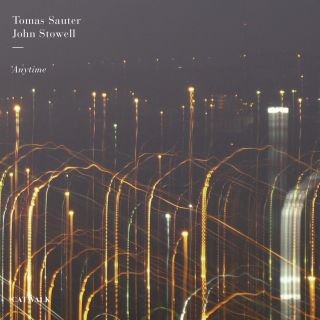 Swiss guitarist Tomas Sauter and American guitarist John Stowell are both actif in the field of small formations/combos for many years. Their interest in playing chamber music appears in countless duo and solo recordings and concerts. Although they have different origins and belong to a different generation of musicians their playing together works at it's best because both players master their instruments on the highest level. The connecting elements are the playing conceptions of jazz and improvised music which work beyond borders and age and make this music so flagrantly interesting. The music is a mixture of original songs, free improvisations and a few treasures of the Great American Songbook. The creation in the moment is always the principal focus in their music. They explore the territory between written and improvised music and create new textures of sound together. John Stowell is an internationally acclaimed guitarist who gets highest recognition among experts.

John Stowell is an internatoinally acclaimed guitarist who gets highest recognition among experts. He developed a very unique musical language and belongs to the most interesting representatives of his instrument in actual jazz.

Tomas Sauter is very active in the European music scene and established himself as a respected composer and bandleader. Sauter ventured deep into chambermusical jazz during the last years and he loves the format because of it’s intimaty and fragility.