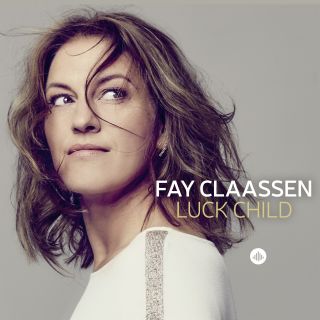 - the song Fay has been dedicated by Kenny Wheeler to Fay

With this album, Luck Child, a long-standing wish of Dutch jazz singer Fay Claassen is fulfilled. It is an ode to youth and beauty with a mix of old and new songs. This compilation consists mostly of songs that she has been singing for many years but has never before recorded. Famous and beloved songs like Paul McCartney’s “Blackbird,” Paul Simon’s “One Trick Pony,” Billie Holiday’s “God Bless the Child,” and songs by Burt Bacharach, and Ennio Morricone are presented alongside new compositions by Paul Heller. This is Fay Claassen’s most personal and most emotional release to date, and she will touch the listener’s heart with her beautiful voice that goes straight to the soul.
Singer Fay Claassen recorded her own albums together with many international musicians such as Mike Stern, Kenny Werner, Toots Thielemans, and she was invited as soloist for many album recordings by the WDR Big Band, Bob Brookmeyers New Art Orchestra, the Millennium Jazz Orchestra and the Danish Radio Big Band.