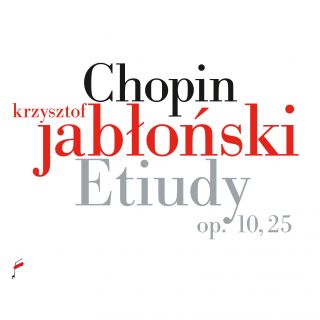 The form of Chopin’s Etudes, Op. 10 is clearly in three phases or parts.The principal melodic-figurational motif is exposed in the opening phase or part, transformed in the middle phase, often in a contrasting texture, and returns in the reprise, which is never explicit and ends with a coda, cadenza or epilogue.
The history of the autographs of the Etudes, Op. 10 is rather complicated, but six of them – Nos. 3, 5, 6, 8, 9 and 10 – were still held during the nineteenth century in the Königliche Bibliothek, then the Preussische Staatsbibliothek, in Berlin. In 1949, on the tenth anniversary of the start of the Second World War, the Presidium of the German People’s Council handed them over ‘to the Polish nation, as a token of expiation’. Donated to the National Museum, they were passed to the Fryderyk Chopin Society, initially as a deposit (in 1958) and then as a donation (in 1968). Today, they are held in the Fryderyk Chopin Museum, together with copies of Etudes Nos. 1 and 2. A facsimile edition of the six etudes listed above (source commentary by Irena Poniatowska) was issued by the Fryderyk Chopin Institute in 2007. An autograph of the Etude in C sharp minor, No. 4 was purchased by the Fryderyk Chopin Society in 2004 (now in the Chopin Museum as deposit D 106). The remaining autographs are held abroad: the Etude in C major, No. 7 in New York, and the Etudes in E flat major No. 11 and in C minor No. 12 in Stockholm.
The second cycle of Etudes, Op. 25, written by 1837, probably in the years 1835–1837, and dedicated to Liszt’s beloved Countess d’Agoult, expands the range of technical means still further.


Krzysztof Jablonski is laureate of the 11th International Fryderyk Chopin Piano Competition in Warsaw in 1985 (Third Prize) as well as numerous
top prizes at international piano competitions in Milan, Palm Beach, Monza, Dublin, New York, Calgary as well as Gold Medal at the A. Rubinstein
International Piano Master Competition in Tel Aviv. For more than 30 years Jablonski is active performing solo, chamber music as well as with orchestras on stages in Europe, Americas, Asia and Israel in prestigious concert halls, including appearances on the Master Concert Series at Berliner Philharmonic. Frequent guest of many orchestras, performed under baton of Valery Gergiev, Amdrzej Boreyko, Krzysztof Penderecki, Jerzy Semkow, Jerzy Maksymiuk, Frans Brüggen, Wolfgang Bothe, Yukinori Tezuka, Tatsuya Shimono, Antoni Wit, Jan Krenz and with prominent ensembles such as Orchestra of the 18th Century, Berner Symphonie-Orchester, Radio-Sinfonieorchester Stuttgart des SWR, Düsseldorfer Symphoniker, Hamburger Symphoniker, Jenaer Philharmonie, Festival Orchestra of the Grand Teton Music Festival, Helsinki Philharmonic, Lahti Symphony Orchestra, Tokyo Philharmonic Orchestra, Kyushu Symphony Orchestra, Kirishima Festival Orchestra, Warsaw Philharmonic Orchestra, National Polish Radio Symphony Orchestra in Katowice. As chamber music recitalist he recently performed with Tsuyoshi Tsutsumi, Arto Noras, Konstanty Andrzej Kulka, Teng Li - to name just a few. He is a member of ‘Warsaw Piano Quintet’ which was first founded by Wladyslaw Szpilman in 1962. Jablonski’s rather romantic nature was shaping his music taste and interests over years. Beside most popular works Jablonski has in
his repertoire, he also plays some less known compositions such as Concertos by Ferdinand Riess, Henry Litolff, Ernő Dohnányi. He was invited to perform for ballet, opera and theatre spectacles as well as for spectacular, multidiscipline projects with multimedia presentations and lights such as Scriabin’s Prometheues with Düsseldorfer Symphoniker, Ballet Fortepianissimo choreographed by Lorca Massine at the National Opera in Warsaw, original piano version of the Debussy’s Pelléas et Mélisande. He was invited to perform during opening of the Wiener Opernball in Vienna together with the Vienna State Opera Ballet choreographed by Giorgio Madia. Krzysztof Jablonski also performed for crowd of thousands with Grant Park Orchestra and Krzysztof Urbanski at the Jay Pritzker Pavilion in Millennium Park in Chicago. In February of 2013, Jab∏oƒski performed Tchaikovsky’s Piano Concerto No. 1 with Maestro Valery Gergiev and Helsinki Philharmonic Orchestra during fundraising event ‘Clean Baltic Sea Concert’ in Helsinki. This performance was streamed live over Internet as well as recorded by Finnish Radio and TV. 2013 has brought Jablonski also to Japan where he performed Beethoven's Concerto with Tokyo Metropolitan Symphony Orchestra following his successful appearances with Kirishima Festival Orchestra in 2012. In 2014 he performed during Kirishima Festival again and in 2015, celebrating 30 years of his artistic career, performed Chopin’s Concerto No. 1 with Yomiuri Nippon Symphony Orchestra. The same Piano Concerto he played during the International Music Festival ‘Chopina and his Europe’ with Warsaw Philharmonic Orchestra under the baton of Maestro Jacek Kaspszyk. Jablonski concluded anniversary year performing Saint-Saëns’ Piano Concerto No. 2 in G minor with the same Orchestra under Patrick Fournillier in February of 2016. He has made live recordings for radio and television in many countries as well as numerous CDs in Germany, Japan, and Poland. Studied with Janina Butor and Prof. Andrzej Jasinski. Worked during masterclasses with Rudolf Kerer and Nikita Magaloff. Graduated with honors in 1987 from the Academy of Music in Katowice, where he earned his Ph. D. in 1996. He is a Professor of The Fryderyk Chopin University of Music in Warsaw as well as Mount Royal University/The Conservatory in Calgary and faculty member of the Morningside Music Bridge Program. In addition to academic responsibilities, he presents master classes, lectures and is a jury member at international piano competitions including Chopin Piano Competition in Warsaw, Toronto/Mississauga (Chair of the Jury), Miami, Tokyo and Foshan in China.