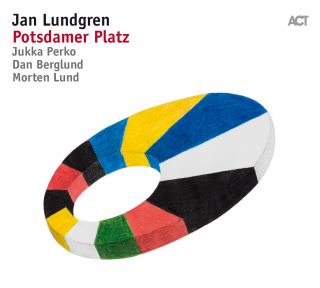 Pianist Jan Lundgren makes music like a brilliant architect. If he were to build a house, it would – in the words of the song – be a very very very fine house. And it would have all his hallmarks about it. It would show his deep understanding of both tradition and modernism, together with his preternatural instinct for bringing the two together. It would visibly convey his unique way of blending the very best of American design and construction with immaculate European style and taste. To extend the metaphor, Lundgren's building on several floors would be a delight to inhabit, with rooms that have fascinating shapes, cosy corners, clear lines, rooms that would contain artefacts and objets trouvés which would allow nostalgia to well up in the visitor's mind. There would also be a spacious loft with the room to play, to improvise and to wander. Ever since the early days of his career, Lundgren’s artistry has been defined by change and renewal, and yet he never loses sight of the past. His album “Potsdamer Platz” is a statement that is personal, a faithful portrayal of the unique perspective from which he experiences and performs jazz.

One German critic, writing for the highly-regarded DPA (German press agency) recently described Jan Lundgren as “a man who can, quite simply, do everything.” The pianist's starting point is his rootedness in the American jazz piano tradition, which was what first brought him together with mainstream players such as Harry Allen and Scott Hamilton. And yet his music is also deeply infused with the musical language of his native Scandinavia. He is a superbly skillful, classically-trained musician who knows the Western tradition well, but that heritage always co-exists quite naturally in his music with swing, with Nordic melancholy and a quicksilver impressionistic wit.

In Lundgren's different projects, he has shown a variety of ways to carry European musical traditions into classic jazz. In “The Ystad Concert”, he has followed the paths travelled by Swedish jazz piano icon Jan Johansson, but what he left behind were his own new and distinctive footmarks. “European Standards” has demonstrated that jazz has long since moved from the USA, and has developed its own young cultural heritage back on the old continent. And in “Mare Nostrum” with Sardinian trumpeter Paolo Fresu and French accordion player Richard Galliano, Lundgren has created a unique, distinctive and appealing “sound of Europe.”

With ”Potsdamer Platz”, Lundgren goes further in this direction and has put down a significant marker. All of the pieces (except “Tväredet”) are his compositions. These are personal works, which flourish and blossom in this perfect setting. Lundgren has assembled a group which can really own these pieces, and give them stylistic heft and meaning. ”What I wanted,” says Lundgren, ”was to work with these people, my favourite musicians, and to make something new out of these tunes through the process of interaction. Don't get me wrong, I have nothing against concept albums, in fact I have made a few; but here, it was as if we only realised what the concept actually was after we had done it.”

So who is in this quartet of Jan Lundberg’s favourite musicians? Melodic duties are the domain of the great Finnish alto saxophonist Jukka Perko. In the rhythm section, the drummer is the Dane Morten Lund, who recently instigated and made a very well-received album with Lars Danielsson and Marius Neset. Lund is a stalwart: he was already occupying the drum chair of Jan Lundgren's regular trio in 2000. On the bass is Lundgren’s fellow Swede Dan Berglund, who for a long time played exclusively for the renowned Esbjörn Svensson Trio. He and the pianist have known each other for a long time, but Lundgren has never actually shared the stand with him before. “I've had the idea of this band in my head for a long time. Four years ago, we met at the festival in Milan and arranged the project,” recalls Lundgren. As so often happens, it took quite a while to put the idea into practice, but in this case the wait has been worth it: musicians who click together into a unit as well as these do are a very rare phenomenon indeed.

These four musicians dispensed with all written music right from their first meeting. The joyous title track “Potsdamer Platz” is bursting with positive energy. “Ballad no. 9” then takes the listener right to the opposite end of the emotional spectrum. With its plaintive melody, it demonstrates what a capable and emotional songwriter Lundgren can be. “Lycklig Resa,” the Swedish classic, is then given an extremely cultivated treatment. It starts lyrically, but quickly hunkers down into a groove so solid you could drive your Volvo over it. In “Twelve Tone Rag”, things then take off in a virtuosic and tricksy direction, with a supporting melody built on a twelve-tone note row which has been craftily inserted into a bebop frame. There is a gleeful lightness of touch and a carefree spirit pervading this album, even if it does go through different moods. “On The Banks Of The Seine” is a melancholic and romantic excursion, whereas “Bullet Train” is febrile and funky. There are moments when Balkan music is transformed into folk jazz (“Dance Of Masja”) or when a more sombre mood is created and held, such as in “Song For Jörgen”.

The one thing that definitely could not be said about Lundgren and his fellow musicians on this album, is that they have played it safe in any way. All four of them just dive into the torrents of this music, try out new things, they are bold in everything they do, and yet the music never tips over into inaccessibilty. There seems to have been a magical, providential hand guiding this album too, if the way the choice of title is anything to go by. “I hadn’t thought up a name either for this piece or for the whole album. We were recording at the Hansa Studios at Potsdamer Platz in Berlin, and one day when I woke up in the hotel, I suddenly realised I’d got it: “Potsdamer Platz.” The name fits perfectly with its jaunty, bright lights, big-city feel, to its funk-march character. This is a tune definitely more about strength than it is about beauty.”

“Just as the reconstruction of Potsdamer Platz is, in a sense, a symbol of the new Germany,” says Lundgren. “as the title here it stands for the kind of positive force that I feel should always emanate from music. Music should be on the move, taking us somewhere.” This new album shows how well Lundgren's new quartet has not only fitted together, but has also grown together, and now started to move forward with a clear and strong common purpose.

In his youth, Jan Lundgren was often seen as one of the greatest talents in tennis since Björn Borg. Thankfully, he has since changed allegiances.

Lundgren, born in Kristianstad in southern Sweden on March 22nd 1966, and raised in Ronneby, Blekinge, had his first piano lessons at age five. He was soon discovered to have an exceptional musical talent. After a long period of classical training, he discovered jazz more or less by chance in the late 1980’s. He was instantly hooked, rapidly absorbed the jazz piano tradition from Oscar Peterson, Erroll Garner to Bud Powell and Bill Evans, and acquired a depth of knowledge of the Great American Songbook like possibly no other European jazz pianist.

While sailing through his studies at the renowned Royal College of Music in Malmö (where he was purportedly accepted on the condition that he occupies the piano chair in the legendary « Monday Night Big Band ») he also took up a busy schedule as a professional musician that quickly helped to build his reputation in Sweden. Discovered by Swedish bebop legend Arne Domnérus, he frequently played with other Swedish stars like Putte Wickman and Bernt Rosengren.

Lundgren’s debut album “Conclusion” was released in 1994, and propelled his career firmly forward. The following year saw the formation of the Jan Lundgren Trio with long time student associates Mattias Svensson (bass) and Rasmus Kihlberg (drums), who was replaced in the beginning of the year 2000 by the Dane Morten Lund. This steady band recorded seven well-received and commercially very successful albums for the Swedish label “Sittel” in the period up to 2003. The album “Swedish Standards”, released in 1997 even became a bestseller and reached a place in the Swedish pop charts. But the album “Landscapes” (2003) sold comparably and both releases soon became classics due to their linking Swedish folk music and jazz. The band’s intense tour schedule founds a temporary peak in a concert at Carnegie Hall as part of “Swedish Jazz salutes the USA”.

As a sideman, Lundgren has accompanied such greats as Johnny Griffin, Benny Golson, Herb Geller, James Moody, Pete Jolly or singer Stacey Kent. He has also shared the stage with ACT-artist Ulf Wakenius a number of times.

Having visited a long list of European territories and venues, Lundgren has also been on extended tours of Australia and Japan. He has visited the USA about 15 times and recorded some well-received albums for the label “Fresh Sound” (with, among others, pianist Lou Levy and trombonist Andy Martin).

In 2008 Lundgren could reap the fruits of his labour, and his Mare Nostrum was performed in front of sold out houses on prestigious stages throughout Europe (Salle Gaveau – Paris, Tonhalle – Zurich, Victoria Hall – Geneva, Teatro Dante Aligheri – Ravenna, S. Caecilia – Rome …) as well as at Jazz Baltica, the North Sea Jazz Festival, and the Istanbul Jazz Festival. There are many good reasons why the band has been called “the first European super group”.

In the same year Lundgren was honoured with the Swedish Django d’Or, and began a collaboration with the classical trumpet player Hǻkan Hardenberger and the Swedish writer Jacques Werup – an exiting melange of modern classical and free music, of jazz and compositions of Jan Lundgren.

Lundgren also brought the Jan Lundgrun trio back to life in 2008, albeit with a new drummer, Zoltan Csörsz Jr. who proved to be a truly lucky catch for the trio. A new repertoire has resulted in the new ACT album European Standards (ACT 9482-2) which will be released in Mai 2009 together with the re-release of Swedish Standards (ACT 9022-2) from the ACT Jazz Classics series.

Jan Lundgren is part of a remarkable and long tradition of innovative pianists from Sweden like Jan Johansson who passed away early, and in more recent times Bobo Stenson and Esbjörn Svensson. Lundgren has never made life easy for himself, and has always tried to utilize his phenomenal technique to enhance his musicality. His ability to integrate the most disparate musical influences into a fascinating whole is unique in itself. Whether its contemporary classical music, the inexhaustible northern folk tradition or the pulsating groove of jazz, deeply rooted in Afro-American music: Lundgren has a unique way of leading the listener on a voyage of discovery – sometimes relaxed, sometimes utterly invigorating - through his highly individual soundscapes.