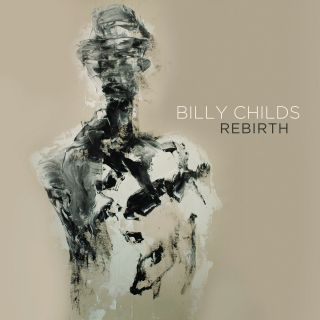 Four-time Grammy® Award-winner Billy Childs remains one of the most diversely prolific and acclaimed artists working in music today. Childs' canon of original compositions and arrangements has garnered him an additional 10 Grammy Award nominations, the 2013 Doris Duke Performing Artist Award and a Guggenheim Fellowship (2009). An accomplished symphonic writer, he has also amassed a career's worth of jazz originals that can swing hard, dazzle with intricacy, touch you with direct simplicity, or mesmerize with crystalline lyricism.

On his new Mack Avenue debut album Rebirth, Childs reaches back to the start of his almost astoundingly varied musical experience-leading a small jazz band of state-of-the-art musicians with his piano playing.

Since his first recordings of the 1980s, Billy Childs has developed into one of the most distinctive and distinguished composers of our time. An accomplished symphonic writer, he has also amassed a career’s worth of jazz originals that can swing hard, dazzle with intricacy, touch you with direct simplicity, or mesmerize with crystalline lyricism.

On his new Mack Avenue debut album Rebirth, Childs reaches back to the start of his almost astoundingly varied musical experience—leading a small jazz band of state-of-the-art musicians with his piano playing.

At his musical core, Childs is an improvising pianist. He has the ability to equally distill the harmonic and rhythmic languages of classical music and jazz into his playing. The wide-ranging vocabulary on the taut track “Tightrope” begs the question of Childs’ love of classical music; “I’m not just jazz,” he stresses. His insistent pulse and melodically probing introduction to song is a key to the Childs’ musical identity: open to extended harmonic possibilities as they come along, taking a flexible approach to time and leaving an open door for input from his bandmates.

A Los Angeles native, Childs grew up in a home hearing his parents’ musical tastes: Bach, Stan Getz and Antonio Carlos Jobim, the Swingle Singers. As Childs developed, he was deeply touched by the music of Emerson, Lake & Palmer, the Modern Jazz Quartet and Laura Nyro, among other contemporary musicians.

Childs aficionados will recognize three tunes from his Windham Hill tenure of the 1980s: “Stay,” “Backwards Bop” and “Starry Night.” They’re recast to reflect his subsequent artistic growth, yet with an acknowledgement of their import; Take For Example, This… (1988) was the first Childs release on a major label. “I did all of those albums on Windham Hill,” he points out, “and now all of those recordings belong to Sony. None of it is available on iTunes. That’s a shame because those were very important years for me.”

As a young player, Childs took his bandstand boot camp in the bands of trombonist J.J. Johnson and trumpet titan Freddie Hubbard. While his compositions and orchestrations have taken Childs into a realm that transcends jazz venues, the fact remains that the improvising pianist is largely the product of his tenures as band pianist with those two late masters.

The percussive electricity of “Backwards Bop” and “Dance of Shiva” taps into that part of his development. “J.J. and Freddie are responsible for the jazz part of my pedigree,” Childs asserts. When Eric Harland’s drums not only push the ensemble along but fire back at the players in challenging ways, it’s not hard to imagine the creative tension of the Hubbard and Johnson performances.

“I learned about comping from Freddie,” Childs points out, “in practical application. That’s where I learned to expand accompanying into creating environments for the soloists. Sometimes it was like: ‘I’ll be green; you be blue.’ You couldn’t listen to him and not know what to play.” Accordingly, the piano accompaniment to the vocal on “Stay” is a sublime model of well-placed color and sly musical commentary.

Saxophonist Steve Wilson is central to Rebirth. “I met Steve in 1995,” Childs explains, “when we played a tour of Japan with bassist Buster Williams. I didn’t even like the alto at that time but on the first song where Steve played, I said, ‘Who is this guy? I don’t know what they’re calling modern jazz these days but this is modern jazz!’ I knew I wanted to work with Steve on one of my own projects.”

Vocalist Claudia Acuña, who co-composed the title tune, is another of the album’s stalwarts. Childs produced her 2002 Rhythm of Life album, arranged and orchestrated, and played piano on it. “She went out on a limb and entrusted me to produce that album,” he says. “My mother was dying and it was an emotional time for me. I did a lot of writing at her deathbed; it was therapeutic. So Claudia and I just decided to call the song ‘Rebirth.’”

Singer Alicia Olatuja sings on the soulful, minor key ballad “Stay.” “Dianne Reeves told me about her,” Childs says. “She sang on my Laura Nyro project and I knew she’d be perfect for the angular melody of ‘Stay.’”

Hans Glawischnig takes the nimble pizzicato bass solo on “Tightrope;” drummer Antonio Sanchez referred him to Childs. “A lot of drummers really like to play with me,” Billy notes with pride. “I jump in there with the drums. I really like to write the rhythmic concept and find the people who can make it sing.”

Rebirth touches the combustible intimacy that Childs knew in the Hubbard and Johnson bands, and has instilled it into his own ensembles. So is Childs returning to an instrumental posture that he once knew or is he coming to the small ensemble with new perspectives? “A little of both, actually,” he offers. “I’m revisiting some familiar ground with different musical eyes. My playing is more evolved now—influenced by newer musical trends.”

“You’re hearing something on this album that I love doing but that I haven’t done a lot of lately: having musical conversations as a member of a group. That’s what I love.”