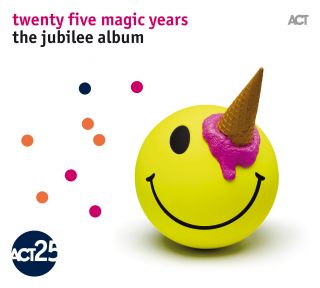 25 years ago, Siggi Loch, after a career of unparalleled success as a producer and a manager in the music business, fulfilled a dream from his youth, and founded the ACT label. ACT has discovered and promoted previously unknown talent on a huge scale, “in the spirit of jazz,” and is one of the most important and best-loved jazz labels in the world. Having released more than 500 albums, ACT has written part of the continuing story of jazz. Artists such as Nils Landgren, Youn Sun Nah, Michael Wollny, Iiro Rantala and Lars Danielsson have evolved into major international figures.

"Today ACT is considered one of the finest curators of progressive jazz and creative music.” DOWNBEAT (US)

With a roster that boasts some of the most influential contemporary jazz recordings of recent years - namely those of the epoch defining sound of the sorely missed Esbjörn Svensson Trio - among a wide range of leading jazz instrumentalist and singers since it's foundation in 1992 by the music manager and producer Siggi Loch, the German label ACT has grown to a global force. Over the past 25 years ACT has championed an incredible array of jazz artists who are defined by their desire to push musical boundaries while reaching out to a wider audience with both authenticity and innovation at their core. This list includes the likes of Nils Landgren, Michael Wollny, Marius Neset, Lars Danielsson, Joachim Kühn, Ulf Wakenius, Youn Sun Nah, Nguyen Le, Leszek Mozdzer, Vincent Peirani, Emile Parisien and many more. Although the main focus of ACT lies on European jazz, it has been the driving force behind the careers of US artists such as (recently) Vijay Iyer, Rudresh Mahanthappa or Scott Duois. In 2017 ACT will celebrate its 25th anniversary - 25 years music "In the Spirit of Jazz.