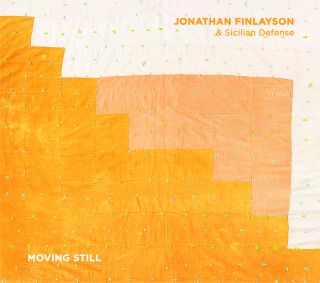 Moving Still is the eagerly-awaited follow-up to trumpeter Jonathan Finlayson’sMoment and the Message (Pi 2013), which was voted the top Album by a Debut Artist in the 2013 NPR Jazz Critics Poll and proclaimed “intricate and alluring, melodic but daring, riveting and rare” by Popmatters. Well regarded among fellow musicians for his ability to negotiate complex musical material and his decidedly personal sound and improvisational style, Finlayson was named the Number One Rising Star Trumpeter in the 2014 Downbeat Critics Poll. He has been a member of alto saxophonist Steve Colemans Five Elements for over 15 years, while also playing regularly with the likes of such cutting-edge artists as Steve Lehman, Mary Halvorson, Muhal Richard Abrams and Henry Threadgill.

A veteran of visionary Steve Colemans Five Elements, Finlayson has gained invaluable knowledge and experience through his years of playing alongside the saxophonist and conceptualist. He has also performed in groups led by Ravi Coltrane, Steve Lehman, Mary Halvorson, Tomas Fujiwara, and played alongside such notables as Vijay Iyer, Jason Moran, Nasheet Waitts, Dafnis Prieto and Von Freeman.