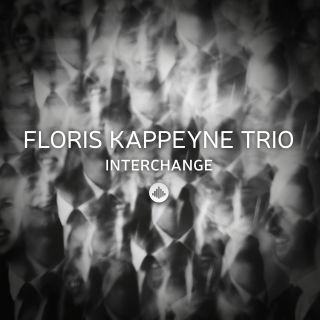 - Winners of the Gigstarter Talent Award 2016. This prize is part of the of the yearly Red Light District Jazz festival, Amsterdam.

- Influenced by the classic jazz sounds of the sixties, Senegalese sabar rhythms and modern classical music.

The Floris Kappeyne Trio was set up in 2015 by the pianist. In the past two years, the trio consisting of separate Prinses Christina Concours winners (2012) has made audiences smile with their witty arrangements of old jazz standards. During the last year, the trio has worked on achieving an authentic conception by combining the classic sound of the McCoy Tyner trio from the sixties with Senegalese sabar rhythms and abstract ideas from modern classical music. The result is presented on this debut-album consisting solely of original compositions.


Floris Kappeyne (1995) started playing the piano at an early age together with his father; Floris playing the left hand and his father the right. Floris received his first piano lessons in Singapore, from a jazz pianist who played in the local hotels. Back in the Netherlands, he started playing in jazz bands and taking lessons with some of the greatest pianists in the country. While studying both jazz and classical piano at the Conservatory of Amsterdam, Floris is discovering the common ground between the two styles.

Wouter Kühne (1996) was born into a musical environment, with both parents being professional musicians. He was exposed to jazz for the first time when his dad was playing one of his favourite John Coltrane records in the car. Having absorbed the history of jazz as a teenager, he started developing further on his instrument. It wasn’t long before he found himself sharing the stage with the greats of the Dutch jazz scene. Inspired by his heroes, Wouter pursues the ability to speak through the drums in a way which comes the closest to speaking to his friends and family in daily life.

Tijs Klaassen (1993) began his musical life at an early age by playing bass-guitar in rock bands. His love for improvisation led him to the Conservatory of Amsterdam where he found his true voice by switching to the double bass as his main instrument. Playing in the jazz tradition, searching for an authentic sound and analyzing jazz and classical compositions is what inspires him the most. He aspires to be a solid sideman as well as a developed composer and bandleader.