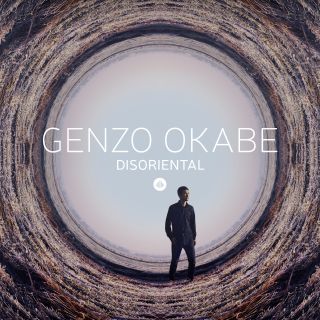 Catalog number: CR 73442
Releasedate: 05-05-17
- Genzo Okabe, was born in Japan, moved to Italy and later to The Netherlands to study jazz saxophone

- Okabe is in search of real free jazz, sprouting as much as possible from his own identity and creativity, instead of his jazz education.


Disoriental is a musical exploration and expression of the complexity of identity. As an expatriate artist who has been living as a minority in different places for most of his lifetime, Okabe attempts to critically approach the versatility and universality of jazz, a genre that absorbs all kinds of external elements to form its shape anew. Since its birth in the USA with black music at its heart, jazz has been incorporated into music education all over the world. This institutionalization has certainly helped spread musical knowledge and techniques, making many people familiar with jazz and contributing to the development of jazz performances and productions. On the other hand, since a sort of structure and control are an inevitable part of institutionalization, the more systematic the curriculum, the more our thinking process necessarily suffers from standardization. As a result, artists start to de-emphasize musical creativity and only become excited at opportunities to
Born in Tokyo, Genzo moved to Italy at the age of twenty, where he studied classical saxophone at the Conservatorio di Musica di Perugia and jazz saxophone at the Conservatorio di Musica “Santa Cecilia” di Roma. Moving to the Netherlands, he founded the Okabe Family in 2009. In his first album as a leader, Okabe Family (OAP Records, 2013), he demonstrated his insights in composition and arrangements as well as his creativity.
His polished skill of performance was presented both in the Netherlands and through the Band’s first Japan tour.
In 2014 Genzo accomplished his master’s degree in Jazz Saxophone at the Koninklijk Conservatorium in The Hague.