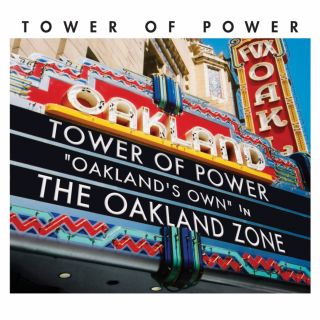 Catalog number: TOP 300202
Releasedate: 02-06-17
- Founding member David Garibaldi returned to Tower of Power for the recording of this album.

Founding member David Garibaldi returned to Tower of Power for the recording of this 2008 album. Longtime fans widely regard this as a return to the band’s classic sound, and one of the best albums in its catalog.
Tower's musical odyssey actually began in 1968 when Emilio Castillo met Stephen "Doc" Kupka in July of that year. When Doc auditioned during a band rehearsal at Emilio's house, Emilio's father called him into the kitchen and offered the following advice: "Hire that guy, he's got something." Doc and his signature baritone sax sound were now in the band, and on August 13, 1968, Tower of Power, as we know them today, began playing gigs, and soon became very well known in the area.