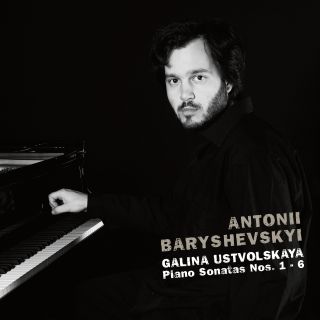 - Galina Ustvolskaya is a musical misfit

„ ‚What we are about to hear is not a performance by conceptual artists who have decided to set a discarded Bechstein or Blüthner on fire – no, we are going to hear piano pieces by Galina Ivanovna Ustvolskaya.’ The words of the renowned Dutch music critic quoted above offer a precise, vivid description of the musical output of one of the most enigmatic composers of our time.

It is hard to apply the usual musicological jargon to Ustvolskaya‘s music. She was not the apocalypse of the 20th century; she was its echo. Thanks to providence, she was never sent to one of Stalin’s concentration camps: destiny allowed her to live in seclusion as an artist never blinded by hopes of success. In choosing solitude, she was by no means a Romantic “hero” fleeing from reality, overtly proud of fulfilling a mission or playing an exclusive role. Her seclusion, instead, was the bitter loneliness of a noble soul trembling in view of the world’s utter imperfection. She mourns for it. She prays for us. Ustvolskaya chose to live the life of a hermit. Contact with other human beings was something she often found difficult – even with musicians who really liked her. As she put it herself: “My sincerest wish would be to crawl into a barrel like Diogenes and just live secluded therein. That would be the best option for my life.................“. (Excerpts from the liner notes by Iosif Raiskin)

Born in 1988 in Kiev, Antonii Baryshevskyi studied with outstanding professors including Valery Kozlov at the National Music Academy of Ukraine and Marian Rybicki at the Ecole Normale de Musique in Paris.

Baryshevskyi has won more than a dozen international competitions, including First Prize at the renowned Arthur Rubinstein Piano Competition in Tel Aviv in 2014.

Baryshevskyi’s début CD was released in the Naxos Laureate Series in 2010; then, in 2015, CAvi-music published his 2nd release featuring works by Mussorgsky and Scriabin (CAvi8553332).