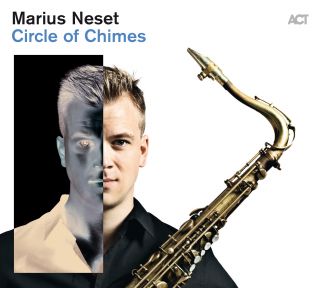 The 32-year-old Bergen-born saxophonist-composer Marius Neset has been at the height of his creative powers, especially on the evidence of a trio of consecutive albums released since 2014 on ACT, one of Europe’s leading jazz recording labels. He’s been keeping good company too. Aligning with other internationally-renowned, kindred spirits working at the borderline between jazz, improv and classical music, Neset released Lion in 2014, originally a ‘live’ commission in collaboration with the celebrated young Trondheim Jazz Orchestra, and collected a Norwegian Grammy award (Spellemannprisen). Last year he released Snowmelt, a project with the 19-piece London Sinfonietta, another highly esteemed European orchestra at the cutting- edge of 21st century genre-bending new music. In 2015 his quintet album Pinball received an unusual five-star rating from The Guardian writer John Fordham who described Neset as, “one of the hottest European jazz talents of recent years.” As a saxophonist, Neset has been instrumental in reinvigorating the post-70s fusion ‘big tenor’ tradition of Michael Brecker, Chris Potter and Jan Garbarek, contrasting his dazzlingly ferocious technique with a soulful spontaneity.

But it has been difficult to separate Marius Neset the saxophonist Marius Neset from the composer. He’s been hailed as one of the most exciting and ambitious composers of the younger generation of innovators on the European jazz scene today. On the new release Circle of Chimes, he again takes a spectacular leap forward in redefining the role of composition in the contemporary jazz and improvising world.

Neset burst onto the scene with his first album as leader in 2011, and was instantly hailed as combining “Brecker's power and Garbarek's tonal delicacy” and being “on his way to being one of the biggest new draws on the circuit” (Guardian).This is his his most ambitious, cherished and personal project to date. In these concentrated works, Neset has sought out chaos and dissonance, he has also been drawn to lyricism and tenderness, and then worked at finding a balance between the extremes, using compositional methods which subliminally bring out the continuities between them.