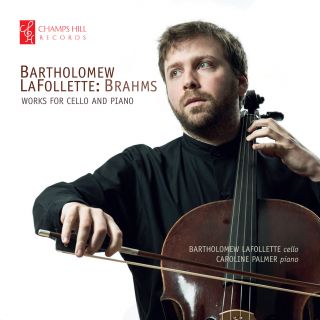 Works for Cello and Piano

As a young boy, Brahms was given rudimentary lessons on both the violin and cello by his father, although it was the piano that primarily activated his executant and creative imagination. Accordingly, his first published works included three virtuoso piano sonatas that rejoice in the instrument’s potential for rich and powerful middle-register (cello) sonorities.

Brahms’s understanding of string instruments and their expressive potential was considerably enhanced by early contact with two of the most renowned violinists of the age. He spent much of his early teens trying to help support his poor family by playing the piano in back-street taverns (thinly disguised brothels), the anguished memory of which was to haunt him for the rest of his life. He was finally released from this sordid existence when in 1850 the celebrated gypsy violinist Eduard Reményi, asked him to become his official accompanist, and such was Brahms’s immense skill that at one concert he compensated for an out-of-tune piano by transposing all of the accompaniments at sight. The impact of playing popular East European folk music with Reményi is felt particularly in his 21 Hungarian Dances as exemplified by the moody swagger and irresistible chutzpah of No.20, heard here in an expert arrangement by celebrated Italian virtuoso and teacher Carlo Alfredo Piatti (1822–1901).

British/American cellist Bartholomew LaFollette has a rich and varied career as an international soloist and chamber musician. After being launched by YCAT (Young Classical Artists Trust) with numerous performances at the Wigmore Hall, Barbican Centre, Bridgewater Hall and the Royal Festival Hall, Bartholomew went on to win first prize at The Arts Club’s and Decca Records’ inaugural Classical Music Award. He was also the first recipient of the Irish Chamber Orchestra’s Ardán Award. Bartholomew is artistic director of the Marryat Players International Chamber Music Festival, which takes place annually in Wimbledon Village.

Hailed by the Irish Times for being “as free in touching the heartstrings as he was in dashing off dazzling runs”, Bartholomew’s highlights with orchestra include performances of Dvořák’s Cello Concerto with the Royal Philharmonic Orchestra, Walton and Elgar Cello concertos in the Barbican Hall as well as appearing as soloist with the City of London Sinfonia. He has also performed the Brahms Double Concerto with Daniel Stabrawa and the Poznań Philharmonic in Poland and Elgar’s Cello Concerto at the Sibelius International Music Festival in Helsinki.

Bartholomew is also a sought-after chamber musician and his recent musical collaborators have included Anthony Marwood, Christian Tetzlaff, Alina Ibragimova and András Keller. He frequently appears with the award winning Doric String Quartet with whom he recorded Eric Wolfgang Korngold’s string sextet for the Chandos label.

In 2011 at the age of twenty-six, Bartholomew LaFollette was appointed Principal Cello Teacher at the distinguished Yehudi Menuhin School.

Bartholomew plays on an especially fine example of a Giovanni Dollenz cello from 1841 and a bow by François Xavier Tourte from 1790. He is deeply grateful to the Stradivari Trust for making this possible.