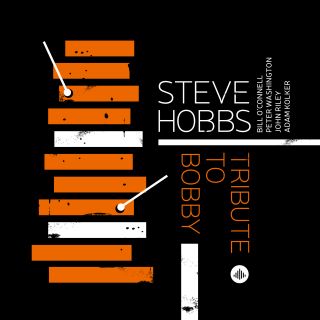 - Steve Hobbs has long been one of the most talented, if underrated vibraphonists around

Marimba / vibes veteran Steve Hobbs releases his strongest release in his forty three year career on Challenge Records. The recording is centered mostly around cutting edge originals by Hobbs encompassing modern mainstream examples of post bop, Latin, Funk, Calypso, and more….arranged and performed with the typical creative and hard edged energy you are used to hearing on his past New York Recordings. Hobbs centered the music around marimba, dedicating the recording to his mentor and late friend Bobby Hutcherson.

This is the group’s third recording. It’s a hot all-star group consisting of Steve Hobbs / marimba and vibes, Adam Kolker / saxes, Bill O’Connell / piano, Peter Washington / bass and John Riley / drums. The groups first CD Spring Cycle, released in 2007 was nominated Jazz Recording of the Year by the Jazz Journalists Association of America and made it to #3 on the Jazz Week Jazz Chart. Next in 2010 the group released the critically acclaimed Vibes Straight Up, which hit #1 on its second week of airplay on Jazz Week and remained at #1 for seven weeks!

“Steve Hobbs has long been one of the most talented, if underrated vibraphonists around.”  Scott Yanow, Jazz Times

“I sure have enjoyed working several projects with Steve Hobbs; you can expect to hear lots more from him in the future.”  Kenny Barron, pianist

Steve Hobbs' career began at age 7 playing hand drums. He started trumpet and drumset at age 11. At 17, he switched to vibes and from here things only went up. Steve attended Berklee College of Music, where he received his Bachelor of Music in Percussion Performance in 1978. He continued his education by receiving a Master of Music in Jazz Mallet Performance in 1982 from the University of Miami.