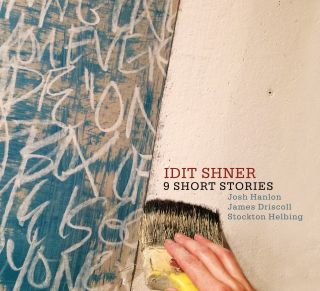 Catalog number: OA2 22147
Releasedate: 08-12-17
- All tracks composed by Idit Shner
- Influenced by Classival Arabic music and Latin-tinged grooves
A fiery and dedicated improvisor and composer, saxophonist Idit Shner's latest quartet recording highlights her rich and ongoing relationship with pianist Josh Hanlon and drummer Stockton Helbing, which dates back to the early 2000's when Idit was working on her Doctorate at the University of North Texas. Along with bassist James Driscoll, the quartet tackles a program of Idit's compositions, all based in the jazz tradition but with influences ranging from traditional melodies & rhythms from Zimbabwe, to classical Arabic music, to the Latin-tinged grooves of McCoy Tyner from his early '70s recordings. For the album's lone standard, Billy Strayhorn’s “Passion Flower,” Shner declares her debt to one of jazz’s definitive alto stylists with this haunting Ellington band staple, one of Duke’s many feature numbers for Johnny Hodges.
An active performer of both jazz and classical music, Idit has played in various distinguished venues in the United States and abroad, such as The Kennedy Center in Washington, D.C. and Lincoln Center in New York.

Currently Shner plays with her jazz quartet in Eugene and Portland, Oregon. Her latest project involves nursery rhymes and ancient melodies from the Jewish liturgy performed in a jazz setting. In September 2008, her first jazz CD titled TUESDAY'S BLUES, will be released on OA2 Records.

Idit appears on "Music from SEAMUS Vol. 16," a compilation CD of music for instruments and electronic sounds by members of the Society for Electroacoustic Music in the United States.

During 2005-2006 Idit frequently played lead alto with Sherrie Maricle and the DIVA Jazz Orchestra. Performing her own compositions in a jazz combo setting, she was selected to participate in Betty Carter's Jazz Ahead (April 2005). In 2004 - 2005 Idit obtained the lead alto chair with the Two O'clock Lab Band, under the direction of James Riggs at the University of North Texas.

As an avid classical saxophonist Idit has commissioned and recorded new music and performed solo recitals in the US and Israel. In 2007 Idit performed at the Northwest Percussion Festival, Electronic Music Midwest, the North American Saxophone Alliance Region I Convention, and with the Oregon Symphony. During March 2006 she played in Israel as a featured soloist with a symphonic orchestra, and performed contemporary music at the national convention of the Society for Electro Acoustic Music in the US. Her last solo recital in Israel (January 2005) was broadcasted live on Voice of Music, a national public radio station.

Idit holds a Doctor of Musical Arts degree from University of North Texas. In 2006 Idit Shner joined the faculty of University of Oregon as instructor of saxophone and Jazz Studies.