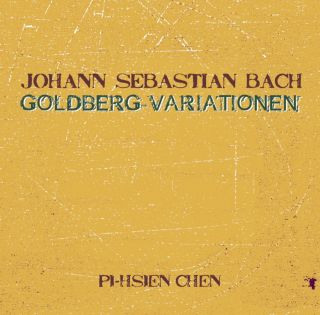 'Aria mit verschiedenen Veränderungen vors Clavicimbal mit zwei Manualen denen Liebhabern zur Gemüths Ergetzung verfertigt von Johann Sebastian Bach' is the heading of the cover of the first edition of the composition which today is called 'Goldberg Variationen'. Bach was commissioned to compose them by the Russian envoy to the court in Dresden, Graf Hermann von Kayserling, at the court in Dresden. The earl, suffering from insomnia, had asked for piano pieces of a ‚soft and somewhat merry character'. His private harpsichordist, Johann Theophilus Goldberg, was to play them for him at night to cheer him up.

Bach complied willingly with the earl’s request and created the extensive cycle of an aria with 30 variations. Kayserling was enthusiastic about the music. Bach received a golden goblet containing 100 Louisdor.

This masterpiece begins and ends with an aria with a sarabande character and can already be found in the ‚Klavierbüchlein für Anna Magdalena Bach‘. As is frequently the case with baroque variation cycles, the variations situated in between are not based on the melody of the aria but rather on its bass and the bass harmonies.

The composition possesses a clearly recognizable structure. Alltogether it consists of ten groups with three variations each. Every third variation is a canon the intervals of which rise from unison to ninth. The two-part division of the entire cycle is marked by a French overture at the beginning of the 16th variation.

Special attention should be paid to the 25th variation, an adagio in g-minor. With its sad and painful expression it ranks among the most profound written by J. S. Bach.

In his last variations Bach decided in favour of an amusing 'Quodlibet' which is characterized by two folksongs. They are artfully added to the bass: 'Kraut und Rüben haben mich vertreiben' und 'Ich bin so lang nicht bei dir gewest: ruck her, ruck her, ruck her. '

After that we hear the initial aria of the beginning again. We have come full circle. Goldberg’s playing for the earl can start once more... Hans-Ludwig Feldgen

Pi-hsien Chen was born in Taiwan. At the age of ten she started studying at the Cologne Academy of Music where, taught by Professor Hans-Otto Schmidt-Neuhaus, she received her diploma as a concert pianist in 1970. Subsequently she attended classes on music pedagogy with Hans Leygraf at the University for Music and Drama Hannover. Courses given by Tatjana Nikolajewa, Geza Anda, Wilhelm Kempff, and Claudio Arrau all made a deep impression on her.

When she was twenty-one she won the ARD International Music Competition in Munich and began her career as a concert pianist, swiftly chalking up appearances at major European concert venues. She was also awarded first prize in other competitions.

Pi-hsien Chen has played with distinguished ensembles such as the London and BBC Symphony Orchestras, the Royal Concertgebouw Orchestra, the Tonhalle-Orchester Zürich, and virtually all the symphony orchestras belonging to German TV stations.

Her growing interest in and commitment to contemporary music is reflected in her cooperation with composers like Pierre Boulez, John Cage, Elliott Carter, York Höller, and Karlheinz Stockhausen.

Between 1983 and 2004, Pi-hsien Chen taught piano as a professor at the Cologne Academy of Music. She moved to the Freiburg University of Music in 2004.

She regularly performs in Taiwan, where she also teaches courses and heads projects at a number of universities with the aim of building a bridge between old and new music.

In 1999 she was a lecturer at the Institute of New Music and Music Education in Darmstadt, where she also taught in the International Holiday Courses for New Music program in 2002 and 2008.